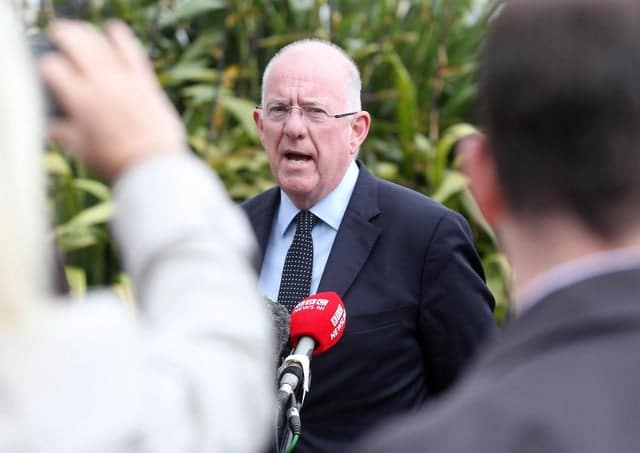 I come from Dublin and live in London, but I love Northern Ireland and have been missing it and my friends here during lockdown 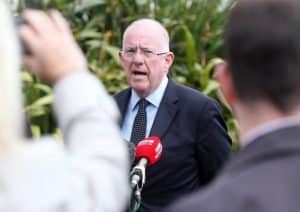 Charlie Flanagan, a former foreign minister and justice minister of Ireland, has been among the critics of Unquiet Graves

So I was glad to go to Belfast last week, even though it was for consultations with lawyers about yet another threatened Sinn Fein defamation suit – this time from Mary Lou McDonald’s constituency manager. That went fine, but frustratingly, because of regulations, I could see hardly any of my pals and it was out of the question to visit my adopted family in Tyrone who have been my inspiration and safe haven since the mid-1990s.

It was through them that during the Drumcree years, while the Orange Order was being blamed worldwide for confrontations planned by the IRA Army Council, I was introduced to many members of the loyal institutions, found out what was actually happening, could tell the truth in the media about their vicious demonisation by ruthless propagandists, and developed a lasting admiration and affection for many courageous people in Fermanagh and Tyrone from both traditions whose shared values of decency and toleration saved them from succumbing to the hatred that drove the paramilitaries.

My maternal family was rural, but this was the first time since childhood that I reconnected with the countryside and farming. Some of my new friends – who would be involved in founding the South East Fermanagh Foundation (SEFF), that fine organisation for innocent victims of terrorism – took me to beautiful places that had been the scenes of terrible cruelty. The story of how the IRA systematically murdered the three Graham brothers, between 1981 and 1985, is one that still haunts me.

My involvement deepened with the 1998 Omagh bomb, after which I worked for years with brave victims who took a civil case against bombers whom the criminal justice system had failed to bring to court, who won their case after many years of struggle and inspired the bereaved of the Hyde Park Bombing of 1982 to go after John Downey.

For almost 25 years, reaching the Ballygawley roundabout has been simultaneously the signal that I’ve nearly reached my destination and a reminder of the terrible atrocity in August 1988 when eight soldiers from the Light Infantry aged between 18 and 21 were murdered by a roadside IRA bomb.

So on Friday I was upset by the vandalising of the new memorial erected on the 30th anniversary of the massacre.

This was, as SEFF’s Kenny Donaldson rightly called it, an act of ”ethnically motivated hatred” which will have re-traumatised not just bereaved relatives and the 28 injured, but local people who saw the terrible carnage and also those who took comfort from the memorial because it commemorated other IRA victims murdered along the Ballygawley Road.

I know how hard it is for many who live close to the border to forgive the failure of the Irish state to extradite terrorists. Too few people down south realise how Republican propaganda has so brilliantly distorted the truth about Northern Ireland and continues cynically to rewrite history.

RTÉ has refused to transmit the BBC’s balanced series, Lost Lives, or the documentary Cops on the Frontline that featured courageous RUC officers who fought the Provisional IRA by the book.

So it was sickening to see it had blithely broadcast Unquiet Graves, which as the columnist Eoghan Harris pointed out forcefully in the Sunday Independent on 27 September, is “a documentary so unbalanced it is difficult to envisage it passing the tough editorial tests of BBC NI, UTV or Channel 4.”

It was, he pointed out, “directed by Seán Murray, son of a leading Provisional IRA figure in Belfast” and alleged that “the serial murders of Catholics in mid Ulster in the 1970s by the Glenanne gang, were at the behest of shadowy figures in the British establishment”. It was based largely on the evidence of the sectarian killer, rogue cop and fantasist John Weir and Paul O’Connor, the director of the Pat Finucane Centre, who recently admitted being an ex-member of the Provisional IRA.

It said nothing of how the RUC religiously-mixed Special Branch team sent the guilty men to jail, nor did RTE ask how the lavish film had been funded. Harris thinks that Sinn Fein members financed it and mobilised a Shinnerbot army on Twitter echoing Mary Lou McDonald’s praise of it as the story of “Britain’s Dirty War in Ireland”.

Then former Minister for Justice Charlie Flanagan demanded of RTE why the allegations “should have been based just on the testimony of one character…whose evidence to my mind is fundamentally questionable.” And where was the due diligence about the funding of the film?

Sinn Fein often uses the law to shut down criticism. Libel threats are being made. We should all stand up for free speech – and our politicians could help that noble effort by introducing libel law reform.