When it comes to the law, cards are heavily stacked against critics of republicanism 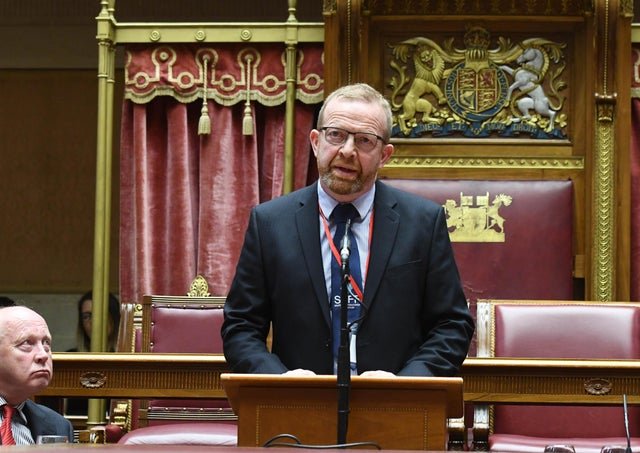 It’s got to the stage that people are afraid to say anything in case they get sued, Ruth,” wrote Dr Ken Funston, manager of the Advocacy for Innocent Victims team of SEFF (South East Fermanagh Foundation) last week during a Facebook debate.

“And that is the plan. Close down all opposition; free speech has gone.”

One of the reasons that I’m so supportive of SEFF is that it is truly non-sectarian. They deplore all terrorists.

Last week was depressing on the free speech front in both Northern Ireland, which I often visit and about which I write so much, and London, where I live.

In London, Darren Grimes, a young journalist, is being interviewed by the Met for suspected hate-crime. He published a podcast in which the distinguished historian Dr David Starkey phrased something clumsily, attracted an hysterical mob, and was deprived of all his honours. They are both friends of mine: neither is racist.

Meanwhile the solicitor Kevin Winters told us last week that his firm (which represents the family of Patrick Campbell, who was murdered by the Glenanne Gang in 1973) had issued a pre-action letter of claim against the author of a social media posting “for the intentional infliction of emotional distress”.

“Commentators need to be very careful when blithely commenting on the lived experience and trauma of bereaved families,” he said, adding that the comments made about Margaret Campbell’s narrative in Unquiet Graves were “deliberately hurtful”.

Margaret Campbell went and still goes through hell because of the hideous murder by loyalists of her husband Pat. I use social media, and every day I see things being said that no decent person should say – often to me, I might add.

One of those who experienced deliberate and horrendous abuse on social media is Ann Travers, also of SEFF, whose sister Mary was murdered after Mass by IRA terrorists who badly injured her magistrate father and attempted to kill her mother.

Only Mary McArdle was found guilty: in 2011 she was appointed special adviser to minister Carál Ní Cuilín, herself a ex-IRA convict. Challenged by Ann, McArdle said Mary’s killing was “a tragic mistake”.

“Since I heard of Mary McArdle’s appointment last Thursday…” said Ann at the time, “I just have not been able to contain the grief it brought back. Rather than Mary McArdle and Sinn Féin saying her death was a mistake, what they should be saying is Mary Travers’ murder is an embarrassment which has come back to haunt them.”

She would later enrage Sinn Fein by inspiring a law barring anyone with a serious conviction from being named a special political adviser (SPAD). Tweeters constantly called her names or said her father “deserved to be shot because he was a “Cog in an orange state” or ” you and your family were/are part of the Brit war machine get out of our country”.

A cancer survivor and a doughty fighter for victims over many years, Ann tweeted about Margaret Campbell last week: “I know how she feels. The comments regarding my father and justifying his attempted murder have been equally distressing. As was the comment from a now SF Councillor calling me a celebrity victim in 2011/12 and the mischievous comments by a well known SF commentator in 2013.”

However she was taken aback by the Winters statement.

“Is litigation the way?” she asked.

Many people believe that when it comes to the law, these days the cards are heavily stacked against critics of republicanism. Writs are flying north and south against commentators, newspapers and public figures who cannot themselves afford to pay lawyers to defend themselves.

There is a fightback in London, where Toby Young, the journalist and educator, who was professionally annihilated because of some old silly tweets, has set up the Free Speech Union to counter the Woke mob. He has already saved several careers.

I urge everyone in Northern Ireland who feels vulnerable to join that union and do it now.

Don’t lose heart, Ken. Free speech is on the ropes, but if those who value it stand together, it can be revived.