Brave new book examines what really happened in the Troubles 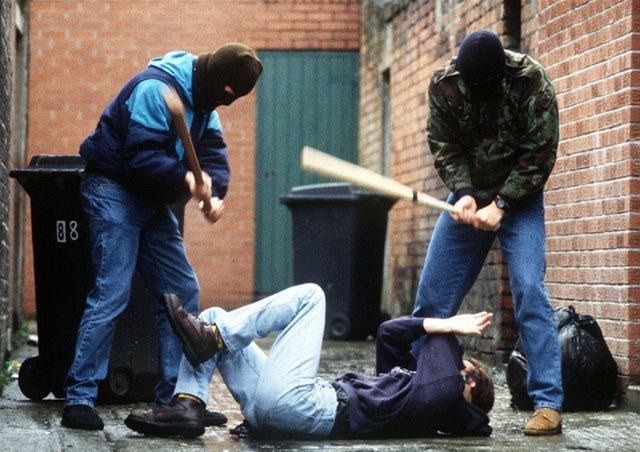 Liam Kennedy’s astonishing book Who Was Responsible For the Troubles? begins with his attendance at a play at the West Belfast festival in 1999 with the novelist Lionel Shriver and me. 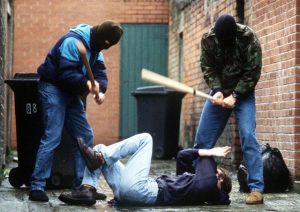 Liam Kennedy has form when it comes to asking difficult questions such as around paramilitary abuse of children, writes Ruth Dudley Edwards. Prof Kenneday explains how the silence around such attacks has been “resounding”

I remember the occasion well, for ‘Forced Upon Us’ was beyond measure the worst play I’d ever seen and I’ve seen some real turkeys.

It begins with a lone Catholic shipyard worker being beaten, tied to a lamppost and set on fire by loyalist thugs, which is followed by all sorts of terrible happenings including women being routinely raped by the RUC.

The last scene has a Catholic mother delivering a speech “in which she recites the nationalist wrongs of roles of the ages, building to the climactic line ‘And that is why I vote Sinn Fein’”.

There was wild applause in which the three of us didn’t join.

Afterwards Liam asked if we thought there might be ‘some kind of guilt complex behind the intensity of the audience reaction?”

“But,” he persisted, “couldn’t that almost frantic desire to be reassured of the bigotry and inhumanity of the ‘other’ — the Protestant people — come from a sense of guilt about republican violence during the last decades?”

His incessant search for an answer was the inspiration for this book.

He has form when it comes to asking difficult questions.

His last book was Unhappy the Land: the most oppressed people ever, the Irish? Since both of us come from a Irish Catholic nationalist background, we were well used to what Liam called MOPE (Most Oppressed People Ever) rendition of Irish history, and then found it even more ridiculously exaggerated in Northern Ireland and some parts of America.

He is rightly proud the acronym has entered the language.

Liam, who comes from a farm in Tipperary and has a passion for hurling, spent some years studying in England before taking a job at Queen’s University in 1976.

In time he earned a professorship with many works of fine scholarship on economic history, but unusually for academics he has never ignored what was going on around him. He is intensely curious about what people do and why and cannot stand aside when he sees cruelty and injustice.

From an early stage he was involved in demonstrations against loyalist and republican paramilitaries, and for decades has been one of the very few who campaign against the shootings and beatings of young people by paramilitaries — something too many people in power like to pretend doesn’t happen.

Yet, as he shows here in two searing chapters, the silence has been “resounding”.

Some think it might upset the peace process. Others are controlled by Sinn Fein.

What has been covered up is that Northern Ireland has been and still is “a black spot for the abuse of children in a form that had no parallel elsewhere in Western Europe”.

He points out that “had a gang of policemen and women ordered a child to appear at an alleyway or at a barracks at a specified time, and had one of them coldly and deliberately shoot a child in any part of his or her body, there would have been a public outcry. Had rogue police cornered and overpowered a child and smashed his limbs or joints, while the parents were held powerless within earshot, the public would have been shocked beyond belief,” and the international community outraged.

But in Northern Ireland, for reasons he explains so starkly and lucidly, violations by the state were highlighted while “violations by paramilitary organisations — far more widespread and severe — were ignored”.

The even bigger question he asks here is the title of the book.

The criteria he uses to establish responsibility include being committed to using violence to advance a political agenda, having done a significant share of the killings and woundings, been prepared to use violence in the long-term, irrespective of popular opinion, and having had command of the necessary resources.

Unlike the so-called human rights groups, Liam looked in turn, in detail and honestly, at the roles of state and nonstate actors, including security forces, unionists; the ‘Orange state’, anti-Catholicism, the main churches; loyalists: the Democratic Unionist Party, Protestant paramilitaries, the Northern Ireland Civil Rights Association, the People’s Democracy and Trotskyite groups; the British state; the Irish state; INLA, the IPLO, PLA, the Official IRA, nationalists, and, of course, the Provisional IRA, the elephant in the room.

Unionists, constitutional nationalists and the uncommitted have let Sinn Fein and the IRA control the narrative about the last decades.

Anyone who wants to know what actually happened in those terrible decades and wishes they could challenge the lies that are repeated over and over again and have brainwashed many like the audience for that play, will find everything they need in this in this the book.

It is brave, controversial, groundbreaking and an enthralling whodunnit.

• Liam Kennedy, Who Was Responsible for the Troubles, McGill-Queens University Press, £19.95