Official Ireland will hate this wonderful memoir by Kevin Myers 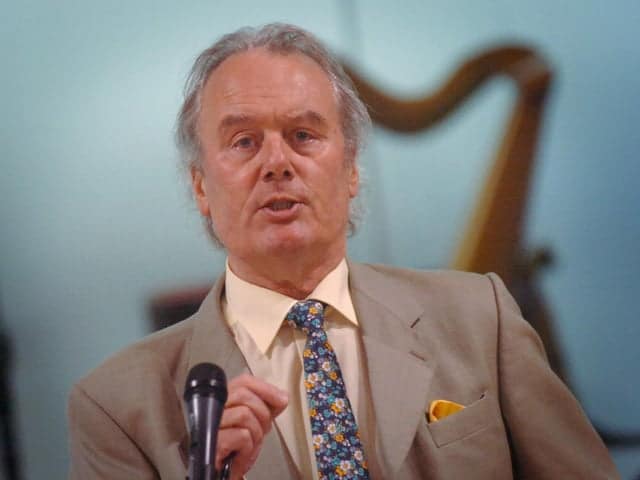 In 2019 I was a guest speaker — the warm-up act for Kevin Myers, a great journalist who had been professionally destroyed by a Twitter mob — at a reunion in the Clogher Valley of ex-members of the Ulster Defence Regiment.

On the face of it, we were unlikely choices, both being from Irish, Catholic nationalist stock.

Both of us, though, had made such long journeys away from the religion and politics into which we had been born that we had become extremely unpopular in nationalist circles for our uncompromising hostility to paramilitaries and their defenders and for sticking up for underdogs.

With terrible irony, Kevin — who was under constant attack for defending Israel — had had his career ended by a tweet of a sentence from an article of his twisted to suggest he was anti-Semitic. 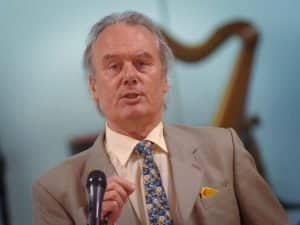 Kevin Myers, who was under constant attack for defending Israel then, with terrible irony, had his career ended when a sentence of an article of his was twisted to suggest he was anti-Semitic

From the mid-1990s, as a journalist covering Drumcree and other parade flashpoints, I had made friends with and defended in print many people routinely demonised by IRA propagandists — serving and retired police, security forces and members of the loyal orders.

I had written much about how republicans had cynically created and controlled residents’ groups to foment confrontation and blame it on the Orange Order and the Apprentice Boys.

As Adams had put it himself in 1997 at a private meeting: “Ask any activist in the North did Drumcree happen by accident, and they will tell you `no’ — three years of work on the Lower Ormeau Road, Portadown, and parts of Fermanagh and Newry, Armagh, and Bellaghy, and up in Derry.”

My old friend Kevin was there because well-informed people knew of his extraordinary work in successfully campaigning to have the Republic honour the sacrifices of Irishmen who served in the British Army in two world wars.

This marvellous memoir begins in 1979, when after several years based in Belfast covering terrible events as a correspondent for RTE, he began working in Dublin for The Irish Times.

On August 27 came the murders of Lord Mountbatten and his party, the Warrenpoint bombing and the killing of a civilian by British Army soldiers returning fire.

“The IRA had intentionally killed twenty-two people; the British Army had accidentally killed one.

“The next day’s midday news-magazine on RTE radio led with the latter, and a searching investigation into this latest British atrocity. Irish society was an aeon away from grappling with the depravity of the IRA campaign.” 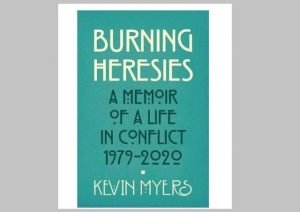 Kevin had already embarked on a personal project to uncover the forgotten history of the Irishmen killed in the First World War and used to spend much of his free time in the National Library reading regimental histories.

This offended a porter.

“Your books,” he whispered with confidential menace, “about these traitors. Tell me this. Why do you never order some books about real Irishmen, real heroes, true patriots, the men of 1916, rather than these blackguards, shoneens and wastrels?”

One evening Kevin cycled along the Liffey asking directions to Edwin Lutyens’ Memorial Park at Islandbridge, created to commemorate the tens of thousands of Irish dead of the Great War and found no one who had even heard of it until an old man said, “Th’ould war memorial? Sure that’s long gone. It’s the Corpo tip-head these days.”

So Kevin followed the circling seagulls to where Dublin Corporation had turned “probably the finest war memorial park in Europe,” into a ruin where their lorries dumped the city’s rubbish and traveller children scavenged over tons of waste.

“There was one official view of Ireland and its history, enforced by politicians, teachers, editors and library like reporters alike, and as a lorries emptied their bowels of the memorials to the dead, I swore that I should not rest until this cosmic injustice had been on undone.”

Within a few days, he had spoken about Islandbridge on Gay Byrne’s radio show, which led a few days later to him showing John Gorman, Northern Catholic and ex-RUC officer who had won the Military Cross with the Irish Guards in Normandy and would later become a unionist politician.

“He grew so angry that he abandoned his usually impeccable public-school manners. ‘This is a f***ing scandal, and … a violation of an understanding between the two governments and it is a matter for the Northern Ireland office to pursue’.”

The park was restored, and after decades of researching, writing and speaking — along with other brave campaigners — Kevin saw the forgotten dead were treated with respect and in Islandbridge, in 2011, the Queen and President Mary McAleese laying wreaths.

But there is much, much more in this wonderfully moving, readable, often blackly funny book, for Kevin was despatched by the Irish Times to cover horrible happenings in places like Beirut and Bosnia, he was loathed by official Ireland for his telling of inconvenient truths, he was often his own worst enemy, and after that fateful tweet, his enemies massed to ruin him.

But that evening in the Clogher Valley, after his powerful tribute to the heroes of the UDR who helped save Ireland from civil war, he was given an emotional standing ovation.

Official Ireland will hate his book.

• Kevin Myers’ Burning Heresies: a memoir of life in conflict 1979–2020 is published by Merrion press