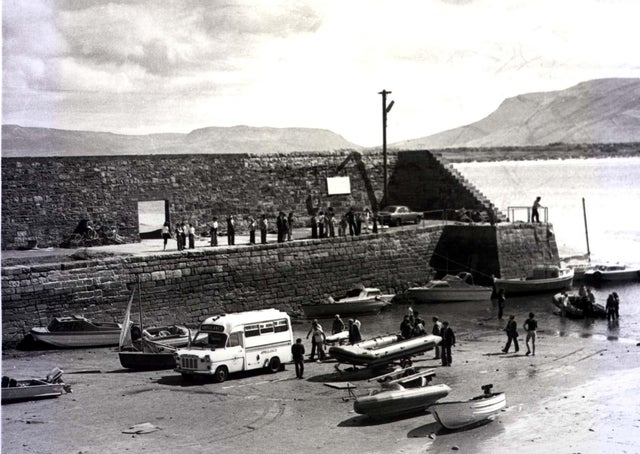 Today, Laois-Offaly TD Brian Stanley makes a statement to the Dáil about the recent embarrassment he has caused his party which led to him being put by his leader Mary Lou McDonald on the naughty step for a week. 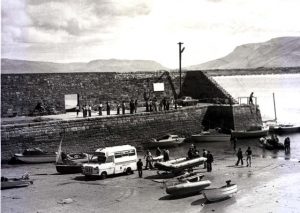 The body of the teenager Paul Maxwell is brought ashore in Sligo in 1979, when Lord Mountbatten, 79, was also killed. Brian Stanley did not cite this IRA attack in which an elderly woman and second teen boy also died. Ruth Dudley Edwards writes: “Young voters in the Republic, who are taught by RTÉ that the Provos were a bit dodgy, think the Troubles a bit of a yawn but care deeply about Woke issues”. Picture Pacemaker

As in so many ways, Sinn Fein operates double standards, so although quick to demand the resignations of any members of other parties who do anything she considers to be wrong, a rap on the knuckles is fine for her troops if she can get away with that.

She wants to keep Stanley in his powerful job as chair of the Dáil Public Accounts Committee, so she will no doubt have had her best spin doctors working on his statement.

There are three key constituencies to please.

First and foremost, as always, there are her masters.

Eoghan Harris reminded us in his Sunday Independent column of those republican leaders “at whose Pavlovian call party members lined streets for Bobby Storey in the middle of a pandemic”.

There is middle Ireland, which did not support IRA violence but might support Sinn Fein if the IRA really has gone away and if they are competent.

And there are the young voters in the Republic who are being taught during these centenary years by RTÉ and mainstream media that the so-called War of Independence was heroic and the Provos were a bit dodgy, think the Troubles a bit of a yawn, but care deeply about Woke issues like homophobia and racism.

I was a bit surprised that Stanley got into trouble.

I was on a panel with him around the time of the 1916 centenary and he was so steeped in familiar Sinn Fein platitudes that I can’t remember anything remotely interesting that he said. But, of course, social media is a different matter and it often entraps the unwary, especially if they’re getting on a bit and are out of touch with changing fashions.

His offending tweet was : “Kilmicheal [sic] (1920) and Narrow Water (1979) the 2 IRA operations that taught the elite of (the) British Army and the establishment the cost of occupying Ireland. Pity for everyone they were such slow learners.”

After which the roof fell on his head. At the moment, because of middle Ireland, it is not party policy to make such comparisons.

The newish Taoiseach, Mícheal Martin, hates the Provos, so he is not to be given ammunition at present by comparing a 1920 ambush of soldiers with a very similar outrage from 1979.

There was a further embarrassment.

As that fine Irish historian Eunan O’Halpin, who despite being the great-nephew of that legendary victim Kevin Barry, is no enthusiast for violent nationalism, put it: “Why did Stanley not invoke another, politically even more significant Provisional IRA triumph that day in August 1979, when republicans finally got a ‘royal’ by murdering the 79-year-old Earl Mountbatten. The answer probably lies in the fact that an elderly woman and two teenage boys died alongside him. That might be a bit harder to rationalise in just 280 characters to a Twitter audience.”

So Stanley apologised “for the content of an inappropriate and insensitive tweet that I sent,” which annoyed his colleague Martin Browne, the Tipperary TD who chairs the parliamentary petitions committee, who said it was time Sinn Fein stopped apologising for “its core belief that IRA actions during the troubles were a continuation of the campaign for Irish freedom”.

There was also a problem over the resignation of a young member because a Sinn Fein hench person had visited her to tell her to toe the party line. And worse, she describes herself as black.

And then what are known as the offence archaeologists came up with a tweet from 2017 when Leo Varadkar, who is gay and conservative in economic policy, won the leadership of Fine Gael, which had moved Stanley to try to be funny. “Yippee 4 de tory. It’s Leo. U can do what u like in bed but don’t look 4 a pay rise next morning.”

Now Stanley was a homophobe, so the young were even more upset. And then he was found early in the Covid crisis to have said in an interview that chicken imported from China was being sold in shops in his constituency, which was “unbelievable”, and “ I wouldn’t be having it for lunch, would you?”

Racism! The Lord Mayor of Dublin, Hazel Chu, said her mother was being insulted regularly in their family-run Chinese restaurant.

Stanley will presumably say what he’s been instructed to say. I liked Professor O’Halpin’s comment: “As we saw in 2018 when the Tyrone MP Barry McElduff was filmed with a sliced pan of Kingsmill bread on his head … social media has a way of showing the darkness in people’s hearts. In the hearts of McElduff and Stanley, reconciliation, respect for others, ability to acknowledge failures and wrongdoing, and the various respectful mantras which have accompanied the peace process since the early 1990s, appear to be just responses to be mumbled in public.”