Sinn Fein glorifying the IRA is a peril to the Republic 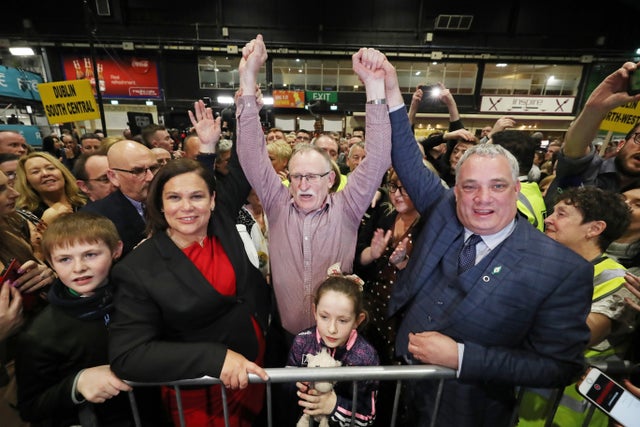 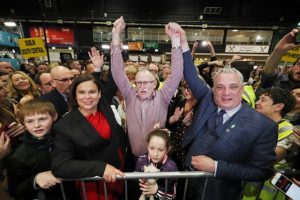 “In current politics,” wrote respected political commentator Stephen Collins in the Irish Times on Friday, “there are two competing visions of Ireland’s future.

“One is of a shared island in which all traditions are respected while the other is that of a forced unity regardless of the human and economic cost.

“On present trends we are heading for the latter scenario, sanctioned by a simplistic, blood soaked reading of history.”

Collins, like many other journalists, are now alarmed at how Sinn Fein is twisting the commemorations of what is called the War of Independence to its electoral advantage, aided by “RTÉ churning out successive programmes reinforcing a cowboys-and-Indians version of history”.

RTÉ’s irresponsibility includes avoiding programmes about the reality of three decades of terror, described memorably by the late Sean O’Callaghan, a repentant IRA terrorist, as the security forces’ “often secret, squalid war against a ferocious enemy that gleefully exploited every inevitable difficulty faced by democratic states in such bizarre and legally clouded circumstances”.

This “glorification of past violence,” with no attempt to give the context, or challenge the demonisation of the security forces and unionists, is a gift to Sinn Fein.

“Young people with no memory of the murder and mayhem of the more recent Troubles,” wrote Collins, “are being conditioned to buy into the republican narrative which claims that the violence of the 1969-1997 period was not only justified but in direct succession from violent activities of an earlier era.”

Traditionally, Irish nationalists mostly unthinkingly endorsed the political violence that caused such mayhem and suffering between 1916 and 1921. A very few commentators have pointed out for decades that you can’t cherry-pick political violence. Praising the men of 1916 who began a revolution with no justification left the goal wide open for generations of violent republicans subsequently to unleash murder on their neighbours in the name of Patrick Pearse and Michael Collins.

In 2016 Sinn Fein failed to dominate the commemorations: this time they’re much more efficiently distorting Ireland’s history and sanitising the Provo terror campaign.

Collins is no alarmist, and nor are other Irish nationalists who in the last few weeks have begun privately to compare the country they love to the Weimar Republic of 1919-33.

In uncertain times, despite Adolf Hitler’s failure as a revolutionary, his brilliant propaganda seduced the German electorate into making the Nazis the largest political party in Parliament in 1932, with Hitler becoming Chancellor in January 1933.

Ruthlessness, cunning, muscle and the demonising, intimidating and killing of the opposition turned Germany from a democracy into a dictatorship within a very short time.

The Provisional IRA followed that hymn book to the best of their ability, but because the British and Irish security forces fought heroically and successfully to save Ireland from civil war, particularly through RUC and Garda Special Branch informers and agents within paramilitaries, ultimately the IRA had to sue for peace.

Unfortunately, nationalist politicians north and south and New Labour were determined to save republican faces, so the Provos were never required to admit defeat and apologise for their atrocious crimes.

Since then, republicans have used their considerable talent and stolen riches to damage the state through a myriad accusations of collusion and to close down their critics in the press.

They feed the gullible with a diet of lies and hate against Brits and unionists, exploiting the Anglophobia that still lies not far below the surface of Irish nationalism and has been revitalised by hysteria over Brexit.

Both governments know the political influence of the IRA veterans who directed most of the killings, bombings and maimings from 1979-1997.

They know too that the IRA’s Pat Finucane was an anti-state — not human rights — lawyer and that there is far less justification to spend even more millions investigating his murder that those of, for instance, agents Frank Hegarty and Denis Donaldson – executed by the IRA — and innumerable other victims of paramilitaries.

Al Hutchinson, a one-time Assistant Commissioner of the Royal Canadian Mounties who became NI Police Ombudsman, was almost the only person among all the worthies charged with investigating historic murders who understood how difficult it was to handle agents.

He believed “it must be shown that improper conduct was intentional” for a finding of collusion to be made and that “inadvertence, incompetence or even negligence or recklessness is not sufficient”.

He was run out of town by the ‘human rights’ lobby and the definition used by more naïve investigators is so wide that any overloaded cop whose record-keeping was poor is vulnerable.

The paramilitaries, of course, keep no records, so they’re laughing.

Unlike many of their troops, Taoiseach Micheál Martin and increasingly Táiniste Leo Varadkar realise the Republic is in peril, but opposing them is a charismatic Mary Lou McDonald, a confident all-things-to-all-voters Sinn Fein and a young and ill-informed electorate.

Will the likes of Simon Coveney continue to dance to the Brit-bashing tunes of the enemies of both states until it’s too late to share the island peacefully?