My friend Sean, the IRA killer who became disgusted with terrorism and turned informer to save life 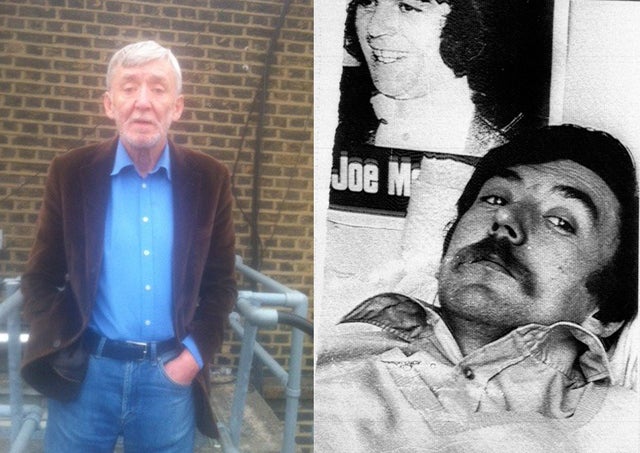 I finished last week’s column about the account of Martin McGuinness’s life just published by the Oxford Dictionary of National Biography (DNB) with:

“Despite all their lies and intimidation, McGuinness’s followers cannot stop true history being written.” (see link below) 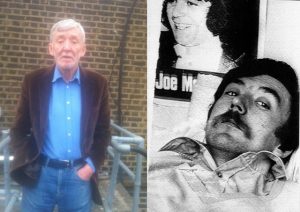 Sean O’Callaghan in his latter days, left, and, right, pictured around 1981, by when he was an IRA informer for the gardai

Being used to blizzards of insults on social media from Shinnerbots (aka Sinn Fein’s robotic online army) whenever I write something that doesn’t fit their narrative of heroic republican freedom fighters battling against evil Brit/unionist oppressors, I was interested to see how they would respond to this assault on the reputation of St Martin of the Bogside, aka ‘the Chieftain’.

They went silent. The alert controllers in Shinnerbot HQ who issue instructions on the party line to take on every controversial issue presumably told them to say nothing, having clocked that no academic or serious journalist would support a claim that the highly-respected DNB was an MI5 front.

Discipline was maintained despite the provocation of many tweets and posts agreeing that McGuinness was indeed a terrorist and mass murderer.

How will they manage to hold back this week, for the DNB, which invites contributors it respects academically and carefully scrutinises everything they write for accuracy, has also published an account of the life of John Marian [Seán] O’Callaghan?

Worse still, I wrote it.

(Minor points of clarification first. Baffled eyebrows were raised last week at the news that McGuinness’s Christian names were James Martin Pacelli. Now here’s O’Callaghan bearing a girl’s name. It’s a Roman Catholic thing. Pacelli was the surname of Pope Pius XII, and 1954, the year of O’Callaghan’s birth, had been declared by that same Pope to be the Marian year, commemorating the centenary of the papal proclamation of the Immaculate Conception of the Virgin Mary.) 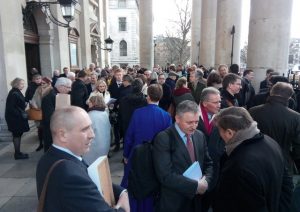 Congregants after the memorial service to the former IRA terrorist Sean O’Callaghan at St Martin in the Fields in central London, in March 2018. Ruth Dudley Edwards writes: “He was grateful that so many Ulster Protestants accepted his repentance as genuine and befriended him. David Trimble and Arlene Foster were among many unionists at his memorial service”

Sean, who became a friend of mine in the mid-1990s when he was in jail, was a a teenage terrorist from Kerry who became known in Tyrone as the Jackal. He was part of a mortar attack on a barracks that murdered Greenfinch Eva Martin and in cold blood he shot dead Inspector Peter Flanagan of the RUC. He quit in disgust in 1975 when he realised what he had thought was a war of liberation was squalid, violent sectarianism.

Facing up to the evil he had done, he began a lifetime of atonement by rejoining the IRA in 1979 and risking his life as an unpaid garda spy.

Within five years he was in charge of the IRA’s southern command, a member of its general headquarters staff, on the Sinn Féin national executive, and a Sinn Féin councillor. By the time he fled in 1985, exhausted and close to being unmasked, he had scuppered innumerable operations including an armed shipment of seven tons of weapons, had landed many of his colleagues in jail, and had saved many many lives, most notably those of Prince Charles and Princess Diana.

Sent to London in 1983 by an army council that included Martin McGuinness to organise their murder by planting a bomb timed to go off at a Royal Gala, he wrecked the mission with daring and ingenuity. The thought of what the consequences would have been had it succeeded is terrifying.

He would later give himself up and serve several years in jail. On his release, he continued to risk his life by telling the truth. Behind the scenes he advised the Orange Order, unionist politicians and security forces how to combat republican strategies.

He was grateful that so many Ulster Protestants accepted his repentance as genuine and befriended him.

David Trimble and Arlene Foster were among many unionists at his memorial service, where we prayed for Eva Martin and Peter Flanagan.

Seán called his first book The Informer, in the full knowledge that there are no people as reviled in Irish nationalism as are informers. The IRA, Sinn Féin and fellow travellers demonised him internationally.

He was a liar, a fantasist, a Walter Mitty, a crook, an MI6 agent, a lunatic, and plenty more. US Republican congressman Peter King announced in a transatlantic radio argument with me that Seán had eaten light bulbs in jail.

What I found distressing, but what didn’t surprise Sean, was that even Irish nationalists who opposed political violence just didn’t want to believe him. That great journalist Kevin Myers asked: “Who is perhaps the most distrusted, even reviled Irishmen alive today? He’s far more disliked than any of the IRA leaders whose hands have been incardinated with the blood of the legions of the innocent; yet many who detest the IRA detest Seán O’Callaghan more.”

He believed it was simply that this “cultural aversion” runs so deep in the Irish psyche that he is seen as “the true betrayer, the Judas of Judases,” which is why there has been so little outcry about the savagery people like McGuinness showed to people suspected of being informers.

If it hadn’t been for ex-Taoiseach Garret FitzGerald bucking the trend by writing publicly about “the debt we all owe to Seán O’Callaghan,” the IRA travesty would almost certainly have prevailed. But Seán was still shunned by the appeasing Irish government.

The true O’Callaghan story is now in the DNB alongside that of McGuinness. What’s the betting the Shinnerbots won’t be commenting on that either?