Truth is the weapon to use against republicans 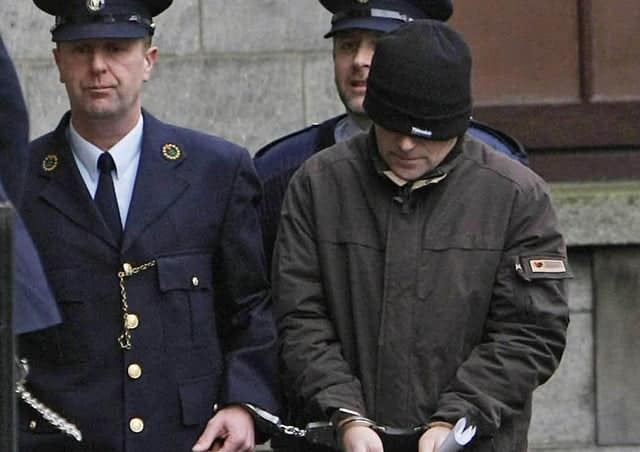 My hope for post-Brexit, post-Covid Northern Ireland is that its good people work together to exploit future opportunities. 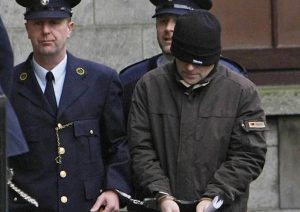 Michael McKevitt, the Real IRA Omagh bomb mastermind, has died after a life terrorising unionists. If he had died a Provo, SF would have mourned him

They will have to do so despite the continual destructiveness of Sinn Fein, which skilfully uses its dark arts to unsettle unionists and frighten the SDLP into becoming ever greener.

As the southern commentator Eoghan Harris put it in the Sunday Independent in a stark article filleting hard-nationalist fantasies: “Banging on about a united Ireland just to upset unionists is part of the Sinn Féin agenda.

“If we go on indulging them, it will end badly for all on our island.”

Sinn Fein is aided by the reticence of a Protestant culture which so often leaves the goalposts unmanned against enemy propaganda, allowing the ignorant and the racist to buy into the notion that miraculously unionists will come to their senses and embrace their Irishness.

The implication is that Irish is a superior culture.

It’s just a very different one.

It really is time for unionists start explaining on the airwaves and in the media the simple truths that Northern Ireland is tribal, that the loyalties of the vast majority of Ulster Protestants are to the British monarchy and the United Kingdom and that any attempt to enforce unity on one million of them would bankrupt the island north and south and has the potential to lead to devastating communal violence.

The Protestants who fought and won a 30-year battle against violent republicans did so through a combination of strengths than included raw courage, a capacity to endure and a strong faith.

They are less well-equipped to combat the armies of grievance-mongers who so cunningly use the tolerance of a liberal state against itself.

As a commentator on Northern Ireland in the 1990s, I benefitted hugely because a Tyrone Protestant invited me to his lodge and showed me the reality of the people of the loyal institutions who were being viciously traduced internationally by Sinn Féin.

The majority of the people of the Republic could have their minds changed too.

Taoiseach Micheál Martin, an historian, said recently apropos the centenary of the war of independence that “history cannot be a dehumanised or simplistic self-serving narrative. It is the complex story of individual men and women, their lives, their flaws, their strengths, their struggle and their suffering, however they identified, whatever uniform they wore”.

The chairman of the Republic’s Expert Advisory Group on Centenary Commemorations, Dr Maurice Manning, said: “We are taking the view that people want their history told with truth and objectivity and they don’t want it weaponised or hijacked.

“They see it as history not part of current affairs. I think most people are with us on that.”

I agree, but they can’t be open to a story they aren’t being told.

What unionists need to remember is that although their enemies are cunning, indefatigable and often selfless, their success is founded on a bedrock of lies and hatred.

Think of Michael McKevitt, who died last week, after a nihilistic life of self-sacrifice to a worthless, doomed cause — that of terrorising unionists into a united Ireland.

Quite apart from his other evil actions, he was the Real IRA strategist behind the 1998 Omagh bombing that took 29 lives, including that of a woman pregnant with twins.

If that bomb had been let off under the auspices of the Provos, McKevitt would have been mourned and eulogised by Sinn Féin leaders.

As it is, they maintain silence. He is a non-person.

I spent years involved with Omagh victims trying to help them achieve justice, yet I felt no joy at McKevitt’s death, just another rush of sadness for his victims.

Kenny Donaldson of Innocent Victims United, put it so well: “Do we take glee in his death? No, we don’t, because to do so would make us subhuman, like the manner which he chose to live his life.”

It took me a long time to understand why perpetrators tend to hate those they persecute rather than the other way around.

In a wonderful book about fanaticism, Eric Hoffer’s The True Believer, he says: “That hatred springs more from self-contempt than from a legitimate grievance is seen in the intimate connection between hatred and a guilty conscience.”

Hence, for instance, Sinn Féin’s hysterical demonisation of the RUC to justify the IRA murdering so many of its members.

Sinn Féin leaders who spring from the IRA or have been brain-washed into justifying their cruelty are damaged people.

The weapon to use against them is truth. And the time to tell it widely is in 2021.