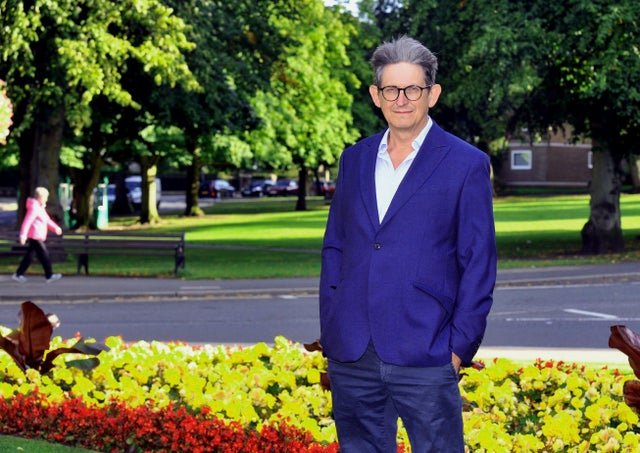 My column last week had the headline ‘Máiría Cahill is a woman who was a victim, Meghan Markle is not’. 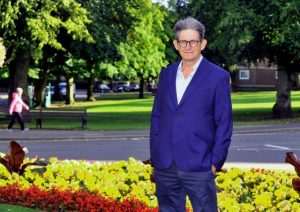 Alan Rusbridger wrote what Ruth Dudley Edwards describes as a boastful article about how right he and the Guardian had been about the sincerity of ‘veteran republicans’, blaming Roy Greenslade and perfunctorily apologising to Máiría Cahill

Now Máiría, a victim of IRA child abuse and bullying who uses solid evidence and rational argument to challenge lies, has won a notable victory.

She had called for the Taoiseach to review the role on the Irish government’s Commission on the Future of the Media of that super-star of left-wing journalism, Alan Rusbridger — who served as editor of the Guardian for twenty years from 1995 and these days is a lavishly-remunerated member of Facebook’s Oversight Board.

The reason was his blatant editorial failings in 2014 in dealing with his media columnist, Roy Greenslade, a Sinn Fein/IRA supporter, who had joined the republican pack smearing Máiría and maligning her by questioning her motivation for going public.

Rusbridger wrote a boastful article about how right he and the Guardian had been about the peace process and the sincerity of “veteran republicans”, blaming Greenslade and perfunctorily apologising to Máiría.

The commission asked him to stay and the Taoiseach backed him, but Rusbridger had underestimated Máiría Cahill.

Last Sunday, after a week in which she spoke and wrote eloquently in the media north and south, backed by small army of supporters in mainstream and social media, the Sunday Independent published her article ‘Just how did Rusbridger miss Roy of the Provos?’ and Eoghan Harris’s ‘Commission on Media is a joke if Rusbridger isn’t forced to resign’, Rusbridger announced his resignation because he didn’t “want my involvement to be a distraction from its work.”

This won’t close down the controversy. There are more questions being asked. Here are just a few.

When will there be an inquiry into Greenslade’s role in the media as an IRA supporter who was best friends with a member of the IRA Army Council and who admitted to delivering messages?

Why did due process not uncover Rusbridger’s negligence before he was handed a high-profile position with Facebook that concerns ethical standards?

What was his relationship with the ex-editor of the Irish Times, Conor Brady, whose publicly-funded jobs include these days being chair of the Top Level Appointments Committee (TLAC)?

He wrote a defence of Rusbridger’s position in Sunday’s Times which — to put it delicately — was in parts phrased very strangely for a professor of journalism.

Like the majority of UK residents, initially I was thrilled that lovable Prince Harry, who had been rejected by long-term girlfriends because they couldn’t face royal life, had found a soulmate willing to do the job.

Living in the country which is probably the most racially tolerant in the world, which is why mixed race marriages raise few eyebrows, it was joyous to have that symbolised by the royal family’s welcome of Meghan, by Charles, in the absence of her white father, walking Meghan down the aisle and his warmth as he squired her African-American mother.

The Queen went to great trouble with advisers to devise roles that would give the young couple responsibilities reflecting their separate and joint interests — especially in the Commonwealth, which she has served devotedly for seven decades.

But it wasn’t enough for Meghan, who appears to have had the expectation that she and Harry could somehow break the established tradition of primogeniture and become top dogs.

In pique when this proved impossible, she used emotional blackmail to detach the fragile Harry — who lives in fear that his wife will somehow meet a violent end like his mother — from his family, his friends, his military connections and the country he loves, to live a vapid life of pointless celebrity and money-making on the back of his status.

But even that wasn’t enough.

Meghan wanted to be at the centre of a narrative of victimhood — which for somebody as fortunate as her, required a lot of creativity.

I’ve never watched an interview of Oprah Winfrey’s before, but since I’m writing a book about royal consorts I watched this one right to its sickening end.

There’s a generational split already between those — mostly young — who think we should believe what is called “her truth” and those — who’ve been around for longer — who prefer “the truth”.

If something more urgent hasn’t taken over, next week I’ll write about the astonishing lies, exaggerations, distortions and contradictory statements that were shared with Oprah in a bid to wreak vengeance on the Royal Family. I had long ago realised Meghan was a disaster, but the interview drove me to sign a petition for the reinstatement of Piers Morgan, whom I had always disliked, simply because he had the guts to say he didn’t believe a word she said.

The Queen’s brief statement was masterly, especially: “The issues raised, particularly that of race, are concerning. While some recollections may vary, they are taken very seriously and will be addressed by the family privately.”

As lies from the interview are being exposed and an independent investigation has been set up into the long-standing allegations about her bullying which had been covered up to protect her, Meghan is hurling lawyers at the problem.

She will learn the hard way not to mess with the Queen.