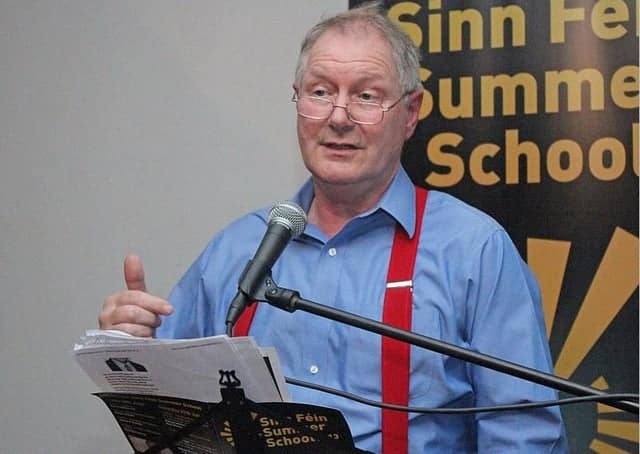 Like a few other journalists, I have written occasionally about Roy Greenslade, a very successful journalist and later a professor of journalism who has caused a furore with an article in the Sunday Times.

In it, Greenslade explained how he came to be an IRA supporter and why he is unrepentant. 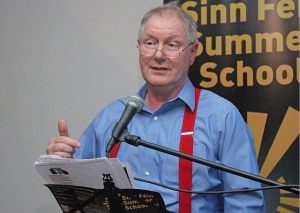 Roy Gleenslade did not disclose in the Guardian he had contributed to the IRA sheet An Phoblacht, writes Ruth Dudley Edwards. “He was a committed republican but didn’t want to lose his job, because he wanted to stay a journalist and had mortgages to pay in London and Donegal”

In 2008 he admitted to being an IRA supporter (the satirical magazine Private Eye nicknamed him “Roy of the Provos”) and over the years, like a few other journalists, I wrote about the bias in his Guardian media column and his failure to disclose there he had been a contributor to the IRA propaganda sheet An Phoblacht.

It was astonishing deceit for someone who made his handsome living in senior jobs in newspapers that opposed terrorism.

As Ed Moloney, an historian of the IRA, put it in 2014, when Máiría Cahill publicly revealed the shocking behaviour of the Sinn Féin leadership over her rape allegation against an IRA activist, “the sun rises each morning and sets each evening and with the same certainty whenever Sinn Fein leader Gerry Adams is in trouble Guardian columnist Roy Greenslade can be relied upon to come riding to the rescue”.

Greenslade had attacked the powerful Spotlight programme that told Máiría’s story as “flawed by lack of political balance”.

What Greenslade wanted was what the Provos wanted, said Moloney: “The resulting silence in the media, the absence of any probe into Sinn Fein and the IRA’s more seedy secrets, especially in the past”, for “the cudgel ‘enemy of the peace process’ has been used in an effort to silence journalism about a party and political leadership that is in government in one part of Ireland and may soon be in the other part.”

And that’s mostly what he got.

Greenslade appeared frequently on the BBC and RTE as an expert on journalism with few asking him difficult questions.

Then he stood surety for his Donegal neighbour John Downey, who was charged with four murders in the Hyde Park Bombing but got off because he had one of Tony Blair’s dodgy on-the-run letters.

Downey has since been found liable to pay damages as a result of a civil case brought by Sarah Jane Young, the daughter of one of the victims.

I doubt if he’ll be paying up, but he has been named and shamed like the Omagh bombers which means his life will never be the same again for no decent person will want to have anything to do with him.

Indecent people will, though.

Greenslade’s story began with him falling in love with a beautiful left-wing, republican activist who took him to her birthplace in Donegal, when she introduced him to Patrick and Mary Doherty, whom she had grown up with in Glasgow, who now lived in Donegal. “They were warm and friendly and amused by a Brit who asked so many naïve questions about his own country’s part in the developing conflict across the border.”

Greenslade recalled “their passion for argument and their belief in the need for Ireland to be reunited. It proved to be the beginning of a close friendship that has endured for 50 years”.

Idiots as useful as Greenslade are in short supply.

And then came Bloody Sunday, the “turning point”.

Greenslade now knew he was a committed republican but didn’t want to lose his job, because he wanted to stay a journalist and had mortgages to pay in London and Donegal.

He had a slight wobble about the IRA’s “bombing tactics”, when 21 people died in the Birmingham pub bombings, but republicans told him about “‘the dirty war’, the security forces’ use of collusion, the deliberate failure by the authorities to act quickly enough in response to phone calls warning of bomb placements, and the willingness of the RUC and army to allow loyalist paramilitaries to bomb and kill with impunity”.

And Pat Doherty was close by to help him understand.

The first time I met the then MP Doherty, close colleague of Gerry Adams and Martin McGuinness, after shaking hands, I said pleasantly, “How nice to see the Army Council represented,” and he responded,

“I hear you were in Donegal a few weeks ago.”

It was not the first time I met a senior republican who told me they knew where I’d been recently.

Conversation was a bit stilted, so this sinister smiler began the Sinn Fein all-purpose grievance-mongering that a child could see through.

But not Roy Greenslade. “I wanted peace and played a very minor role as messenger at a crucial moments during the process itself,” he wrote at the end of the article.

He has no regrets and is “pleased at last to come out of hiding and explain myself to everyone”.

He’ll have a nasty shock if he reads many hundreds of comments.

Here are a few of my favourites.

The Times “has allowed Greenslade to both terminate his credibility and destroy his reputation via the very same channel he hypocritically and dishonestly used during his entire career”.

“What he’s been given is rope, not oxygen.”

“I am surprised,” said another, “he does not disgust himself.”