Máiría Cahill is a woman who is a victim, Meghan Markle is not 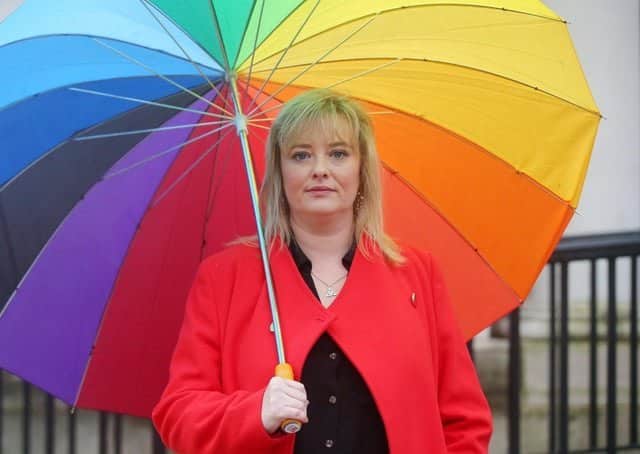 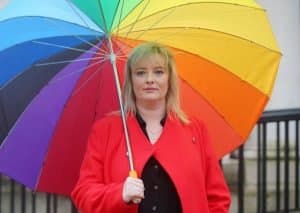 A victim of sexual assault,, Mairia Cahill, has called for the Taoiseach to sack Alan Rusbridger — the ex-editor of the Guardian — from the Irish government’s Commission on the Future of the Media because he had published an article by a pro IRA columnist that smeared her

The 94-year-old Queen Elizabeth went about her normal duties despite her 99-year-old husband’s serious illness and honoured “selfless dedication to duty” at the annual Commonwealth Day service;

In a Californian mansion her grandson Harry and his wife Megan set about making themselves even richer by representing themselves as victims to billions of watchers of their Oprah Winfrey interview;

A real victim, Máiría Cahill, called for the Taoiseach to sack Alan Rusbridger — the ex-editor of the Guardian who these days is a lavishly-remunerated member of Facebook’s Oversight Board — from the Irish government’s Commission on the Future of the Media because he had published an article by an IRA columnist that smeared her;

And Mary Lou McDonald had reason to regret a tweet saying “Monday is International Women’s Day — Let’s celebrate women, our achievements and struggles. Who is your Unsung Hero? Tell us about her️”.

The Queen is notoriously devoted to the Commonwealth, knows every head of its 54 states and remembers their predecessors, over seven decades has visited most of the countries they represent and cherishes the organisation’s diversity of colour, religion and political beliefs.

As with her prime ministers, Commonwealth heads often deeply appreciate her discretion, knowledge and wisdom.

I’ve been interested in the British Royal family since my childhood visits to my aunt in Co Cork who used to share magazine articles about them with neighbours, many of them — particularly women — adored the pageantry and the magic of monarchy. 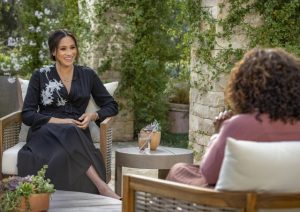 I remember hearing of the deep disappointment when cinemas decided against showing her coronation in 1953 because the IRA threatened to bomb them if they did.

I wouldn’t suggest the Irish reinstate a monarchy, but I’ve lived in London since my twenties and think it’s a priceless asset to the United Kingdom (and, indeed, the Commonwealth).

I have also, written about various royal happenings and crises.

The book I’m writing at the moment is on royal consorts, so I’ve been taking a particular interest in the history of those who over the centuries married British kings, queens and heirs to the throne.

As the author of the history of The Economist I became a particular fan of its greatest editor, the Victorian Walter Bagehot, who is still widely read and quoted. He wrote of the British monarchy in his The English Constitution: “Its mystery is its life. We must not let in daylight upon magic. We must not bring the Queen into the combat of politics, or she will cease to be reverenced by all combatants.”

Unfortunately, when Meghan Markle took up with Prince Harry, she didn’t do much homework before joining an institution that goes back 1,000 years but having an acute sense of entitlement, assumed it would adjusted all its rules to accommodate her.

Princess Diana, an earlier disastrously ill-equipped consort, had the excuse of being extremely young and the product of a broken home, and, as it would emerge later, suffered from borderline personality disorder.

Meghan doesn’t have the excuse of being young, and she should have got over her broken home, but she appears to be a narcissist.

Having been welcomed enthusiastically as Harry’s fiancé by the Royal family, the media and almost the entire population, she found her new job constricting and boring and took off for sunnier climes with a sob story that would make her and Harry a saleable product.

Among the preposterous distortions she has produced to give Oprah the necessary pound of flesh is that some unnamed member of the royal family said something about what colour the unborn Archie might be.

The first comment I read on about this came from a woman of mixed race who said: “Of course we all speculated on what colour our baby might be as we would about hair colour or eyes.”

Anyway, the discussions of how she is destroying Harry are for another day.

The Rusbridger story concerned a well known, successful journalist called Roy Greenslade who in his time was editor of the Daily Mirror, executive editor of the Sunday Times, and Guardian media correspondent for almost two decades.

Like me, many journalists — but not Rusbridger — were well aware of his politics, not least because he lived cosily alongside his best friends in Donegal who included Pat Doherty of the IRA army council, he had confessed in 2008 to having written for An Phoblacht under an alias, and had provided £50,000 bail for John Downey, one of the Hyde Park bombers.

Lastly to Mary Lou McDonald, who has, I’m pleased to say, had many unwelcome suggestions for whom she should celebrate.

Just a few tweets: Mena Cubbard “Is this the same SF President who regrets not having participated in IRA campaign which resulted in many women victims of murder, mutilation torture, rape and intimidation? Make March 8th Jean McConville Day!”

And Austin Stack, whose prison officer father was murdered, nominated “the achievements & struggles of all the women who were left widowed to raise your families after their husbands were murdered by the #Provos…”

My money’s on the Queen.