More than most, Prince Philip proved that we are not prisoners of our past 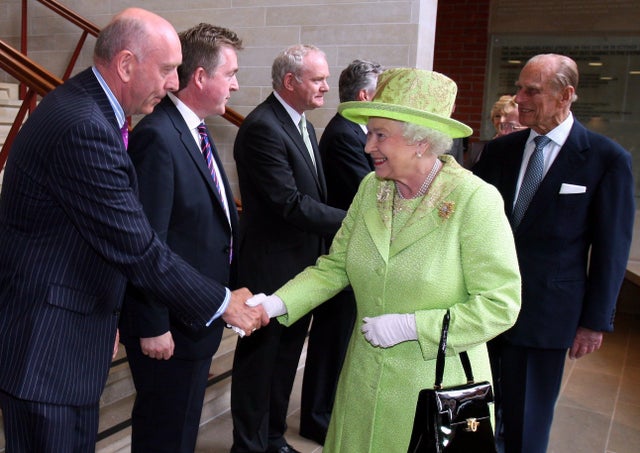 I’m writing a book about Royal consorts, so every part of his funeral that Prince Philip so meticulously planned was of interest to me. 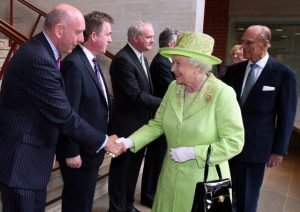 From the poignancy of the jar of sugar cubes alongside the cap, gloves and lap blanket on the seat of the carriage drawn by his black Fell ponies, to the wit and irreverence of having the Buglers of the Royal Marines playing Action Stations as his coffin disappeared into the vault.

It was his way of saying ‘Now get on with it’.

But it was the personal standard draped over his coffin that particularly interested me, representing as it did in four quadrants his Danish roots; his Greek background; the name Mountbatten — which he adopted from the relatives who looked after him when he was, as he put it, ‘of no fixed abode’ — that replaced his Schleswig-Holstein-Sonderburg-Glücksburg surname; and his position as Duke of Edinburgh.

On top was the naval cap and sword given him by George VI when he married the Queen.

In the music and hymns and anthems that reflected his life and his loyalty to crown and armed services, there was a nod of recognition to murdered Russian relatives including his Great-Aunt Ella, murdered by the Bolsheviks and canonised by the Russian Orthodox Church.

And while the ceremony was that of the Church of England, to which he converted, recognition was given to other Christian religions that had featured in his family story including Roman Catholicism and the Greek Orthodox church of which his mother became a nun.

What occurred to me afterwards was that in everything during my adult career that has involved writing about the history and politics of Ireland, I’ve been longing for a day when complicated backgrounds could be displayed and honoured.

As someone who is proud of my English (Protestant Edwards) and Irish (Catholic O’Sullivan) backgrounds, I look forward to the day when it is no longer an insult to talk about the planter background of the Adams family, or the native Irish history of Arlene Foster’s Kelly forebears.

The duke had little English blood, his four sisters had married Germans, he hated and fought the Nazis and he wholeheartedly adopted and served his new country, but post-war he kept in touch with German relatives, three of whom were among the 30 guests at his funeral service.

In that remarkable visit to the Republic by the Queen and Prince Philip in 2011 — a century after the last monarch had set foot in Dublin — in the Queen’s speech to the state banquet she said memorably that “so much of this visit reminds us of the complexity of our history, its many layers and traditions, but also the importance of forbearance and conciliation, of being able to bow to the past but not be bound by it”.

That would be followed in 2012 by the handshake in Belfast when out of duty Prince Philip shook hands with Martin McGuinness — one of those who had ordered the murder of his uncle and mentor Louis Mountbatten.

More than most, Prince Philip proved that we are not prisoners of our past.

I contrast his approach to life with others, such as the Irish writer Tim Pat Coogan. He has written many big selling books that are popular with people of a tribal mentality, who have a view of history that Professor Liam Kennedy described as MOPE (Most Oppressed People Ever).

Despite a devotion to free speech maintained during decades of lies and abuse from republicans, I sued Coogan’s publishers for libel because he had trashed my professional reputation in a book about the Irish diaspora which the Department of Foreign Affairs had sent out to every Irish embassy in the world. I won.

Coogan hasn’t said much in the last few years but he emerged yesterday in the Irish News explaining that “the most important event to occur during the rioting” was taking the census. He didn’t mention the murder 40 years ago this month of 29 year old Joanne Mathers in Derry as she collected Census forms, thus making her in the eyes of the local IRA, a legitimate target.

Whatever you say about Martin McGuinness, when it came to targets he was very inclusive.

Coogan is a traditionalist. As far as I can tell from studying his work over decades, he doesn’t seem to like to read anything that might challenge Irish republican prejudices.

It is telling that he is again writing about demographics because he has on occasion been mocked as “Count-the-Catholics-Coogan”, and now, at a time when even Gregory Campbell speaks of Northern Ireland as being composed of three minorities — nationalists, unionists and people who don’t want to be classified as either — Coogan still believes that anyone from a Roman Catholic background is not just a nationalist, but someone intent on bringing about a united Ireland. Therefore on a sectarian count the census will show that “We are coming to the close of a period in Anglo/Irish history of momentous significance — the ending of a process that has gone on since the plantations.”

Next week I’ll write about nationalist dinosaurs and their increasingly effective challengers from many backgrounds.