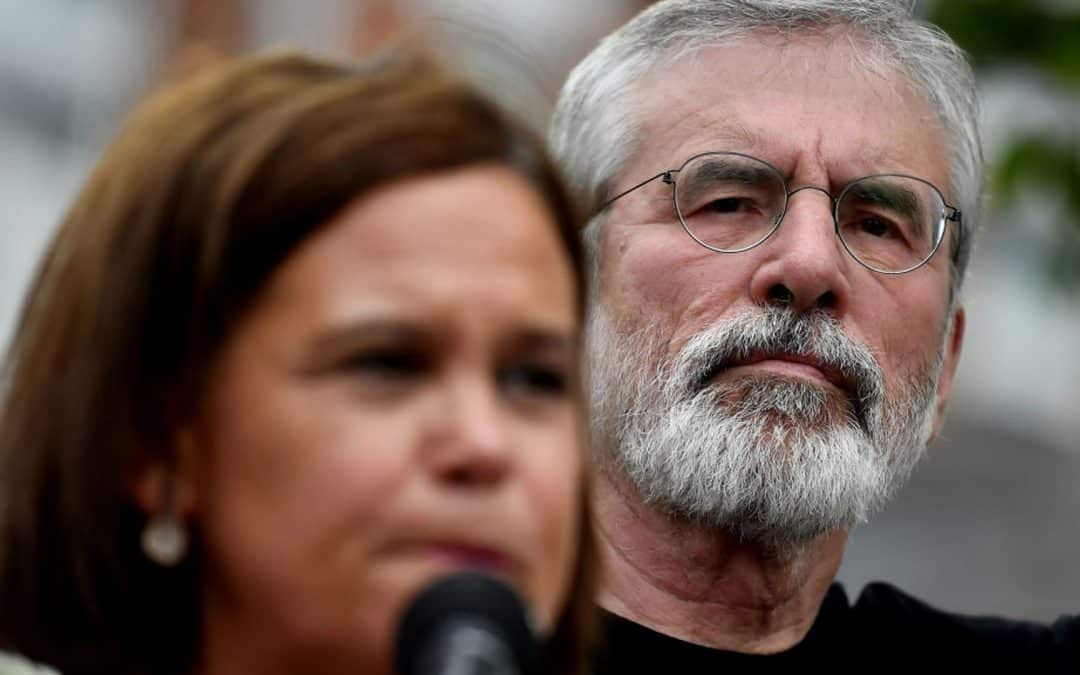 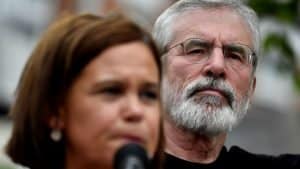 Prince Philip’s death presented Sinn Fein with a particular challenge, given that the IRA murdered his beloved uncle. ‘I am sorry that happened. Of course, that is heartbreaking,’ said the party’s leader Mary Lou McDonald this weekend.

But if the words sounded sincere, don’t be fooled. Sinn Fein learnt a difficult lesson back in 2011, when the Queen and Prince Philip visited, the first time for a century that a British monarch set foot in Dublin. Back then, they completely misjudged Irish public opinion and refused to participate, ending up looking like kids outside a sweet shop with noses pressed to the window. The Queen got an approval rating in the Republic of more than 90 per cent and Sinn Fein were accused of being dinosaurs.

There was to be no repeat this time. In the wake of the Duke’s death, Sinn Fein put out a statement of sympathy with the royal family, full of flowery words of sympathy. Somewhat remarkably, they haven’t even objected to the Republic of Ireland flying flags on public buildings at half-mast.

So Mary Lou was well primed to deal with the difficult question of whether she was prepared to apologise to Prince Charles for the IRA having murdered Prince Philip’s uncle and mentor, Lord Mountbatten, in 1979, along with his 14-year-old grandson Nicholas Knatchbull, Lady Brabourne, the boy’s grandmother, and 14-year-old Paul Maxwell, a local boat boy.

McDonald’s allegedly groundbreaking response when asked by Times Radio if she would apologise to the Prince of Wales for the death of his great uncle, Lord Mountbatten began:

‘The army and armed forces associated with Prince Charles carried out many, many violent actions on our island. I can say of course I am sorry that happened. Of course that is heartbreaking.’

It beats me how anyone could think that was an apology, although I shouldn’t be surprised. I’m a veteran of the period when the IRA’s announcement of a ‘cessation’ of violence in 1994 was interpreted by almost all the media – despite the plaintive objections of us sceptics – as a permanent ceasefire, until the IRA blew up Canary Wharf and murdered two people. And we were accused of driving them to it because their feelings had been hurt because we didn’t think they had stopped killing people.

As the media began falling over itself to welcome a breakthrough, McDonald’s actual words got somewhat lost. Was she apologising for Mountbatten’s death? Or was she saying sorry for the actions of the British Army in the lead-up to that murder?

Rather than offer genuine remorse, her apology seemed to say instead, as one critic put it: ‘I’m sorry so many bad things happened in those days, but your lot were at it as well.’

McDonald followed up with a lot of meaningless guff about it being ‘all our jobs’ to ensure no family ever had to face ‘the same tremor and heartbreak that was all too common on all sides of this island and beyond to ensure.’

In doing so, McDonald succeeded in keeping happy two of her primary constituencies – the feelings-obsessed young in the Republic of Ireland and the hardline Republicans. This means she won’t lose any votes by seeming heartless or have to endure an unpleasant call from one of the IRA veterans in Belfast or the IRA Army Council.

But as for whether Sinn Fein really is sorry for what happened to Mountbatten, I’m about as convinced as Piers Morgan was by what Meghan Markle said to Oprah Winfrey.