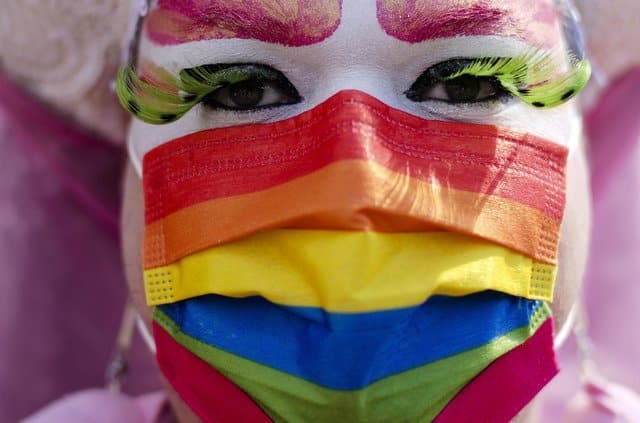 As people scream about diversity and human rights, the widespread shameless hypocrisy is almost beyond belief. 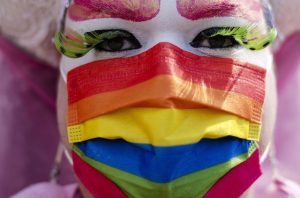 Both concepts have spawned movements and industries that make so much noise they drown out the views of the ordinary person.

How odd it is to be in a world where social justice warriors in academia, politics — and quite often the establishment in general — are obsessing about diversity of colour and sexual orientation while clamping down on diversity of thought by insulting, shouting down, outlawing and cancelling anyone who doesn’t agree with them.

They are equally weird about human rights. The Irish Foreign Minister Simon Coveney has denounced Uefa for its “cowardice” in refusing something he considers a “human rights” issue — a request that a Munich stadium be lit up in rainbow colours for a Euro 2020 match — but he doesn’t seem to have said much this month in Saudi Arabia about gay rights, although the punishments for homosexuality and cross-dressing include imprisonment, whippings and capital punishment.

But then in his vigorous campaign to win Ireland a seat on the UN Security Council — achieved with votes from brutal regimes like China, Russia and various hardline Muslim states — he didn’t seem worried that Ireland is now seen as the most anti-Israel country in Europe.

And Israel is the only country in the Middle East which is socially liberal and gay friendly.

Credit where credit is due, though. No one does hypocrisy like Sinn Fein Jeffrey Dudgeon (who recently lost his seat as a UUP councillor) and the — mostly unsung — hero of the gay rights movement, records that “not a single political party in Northern Ireland, not even the virtue-signalling Sinn Fein and Alliance parties, gave any assistance in the long and bitter campaign to decriminalise homosexuality” — which he and his comrades won at the European Court of Human Rights in 1981.

Yet Sinn Fein propaganda puts republicans at the forefront of the gay-rights campaign.

Their senator Fintan Warfield has been eloquent: “As in 1916, the 10 men who made the ultimate sacrifice in 1981 were cultural as much as political activists. As in 1916, amongst our comrades, and before and after, were prisoners who ensured queer representation from the cells of Long Kesh.”

They claim that the main focus of the IRA was civil rights rather than trying to terrify unionists into a united Ireland, but they have buried the truth that less than a decade ago, they were against abortion and that Martin McGuinness never pushed the case for single-sex marriage.

These days we are told that Sinn Fein have long been proponents of human rights.

So what are Sinn Fein’s notions about human rights?

Interestingly, in their 2,736-word document Rights for All, just 38 of them were about unionists.

“We also have a responsibility to build an inclusive society which addresses the political allegiances of unionists and guarantees their rights and entitlements so that they have a sense of security and a stake in the new Ireland.”

I don’t wish to appear churlish, but that sentence had a distinct look of an afterthought.

Their many promises include the right to life, to be free from all forms of violence from both public and private sources, not to be tortured and not to be treated or punished in a cruel, inhuman or degrading way, which might carry some weight if they admitted and apologised for the savagery of the IRA, who murdered, injured, abused and intimidated thousands — including children crippled by bullets or iron bars.

But, no. The men and women who carried out such acts are still eulogised by the Sinn Fein leadership.

I take an interest in Queen’s, which a decade ago was kind enough to give me an honorary doctorate, but it depresses me that their Human Rights Centre includes Sinn Fein supporter Dr Peter Doran, who as a Sinn Fein candidate in 2017 refused to condemn the 1983 murder of Dr Edgar Graham, who like him was a lecturer at its School of Law.

It also includes Professor Colin Harvey, a noted proponent of human rights, who sits on the board of Ireland’s Future — which is dedicated to the securing of a united Ireland — along with people like republican commentator Brian Feeney and Senator Frances Black, who sang at the coffin of mass murderer Martin McGuinness.

Republicans have a novel way of demonstrating their devotion to human rights and diversity.