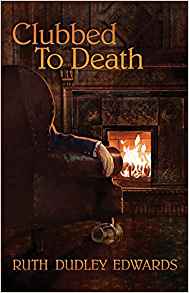 Robert Amiss, hero of The English School of Murder, is persuaded by his friend Detective Sergeant Pooley of the CID to take a job as a waiter in ffeatherstonehaugh’s (pronounced Fanshaw’s), a gentlemen’s club in St James’s. The club secretary has allegedly jumped to his death from the gallery of this imposing building: against most of the evidence, Pooley believes he was murdered.

Amiss finds himself in a bizarre caricature of a club, run by and for debauched geriatrics, with skeletons rattling in every cupboard. Why are there so few members? How are they financed? Will Amiss keep his job despite the enmity of the ferocious, snuff-covered Colonel Fagg? More importantly, will he solve the crime before someone else dies?

Historian and prize-winning biographer Ruth Dudley Edwards gleefully takes on the British establishment in her satirical crime novels. Her targets include the civil service, gentlement’s clubs, Cambridge colleges, the House of Lords, the Church of England, publishing, literary prizes and – always – political correctness.

Published in the UK by HarperCollins.

Available on kindle, paperback and hardback on Amazon. 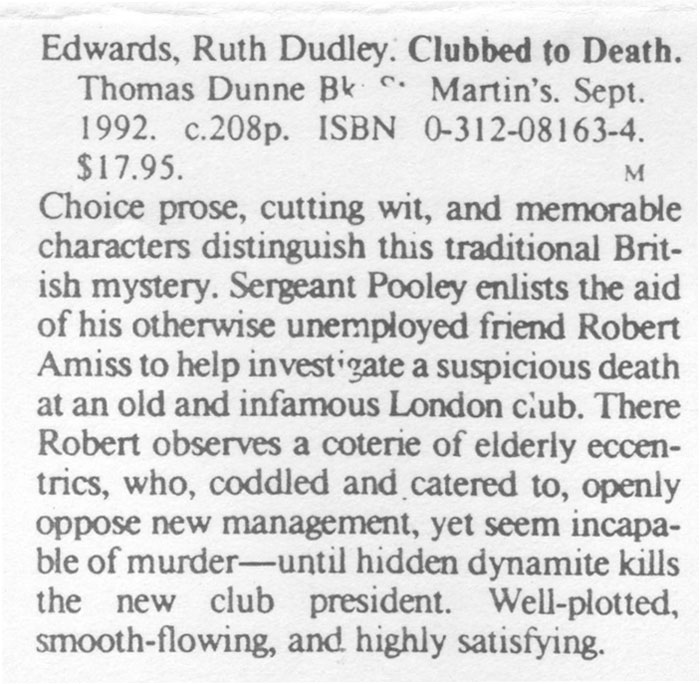 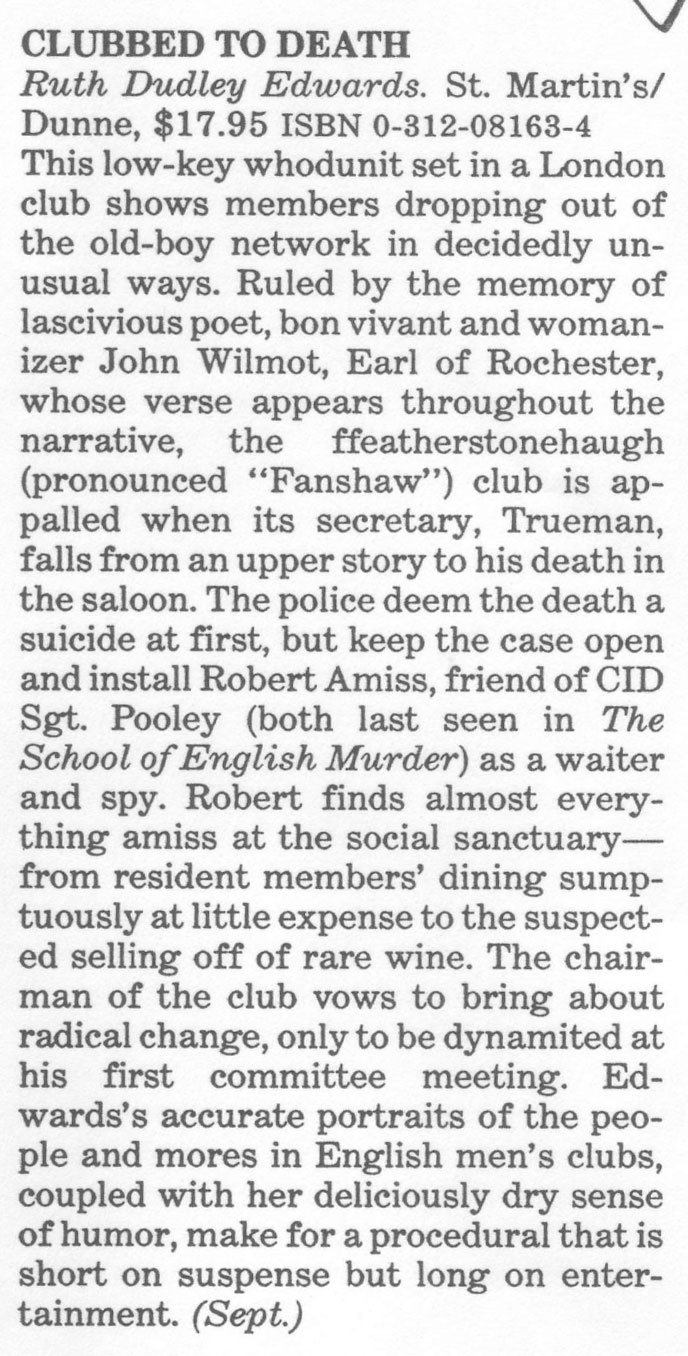 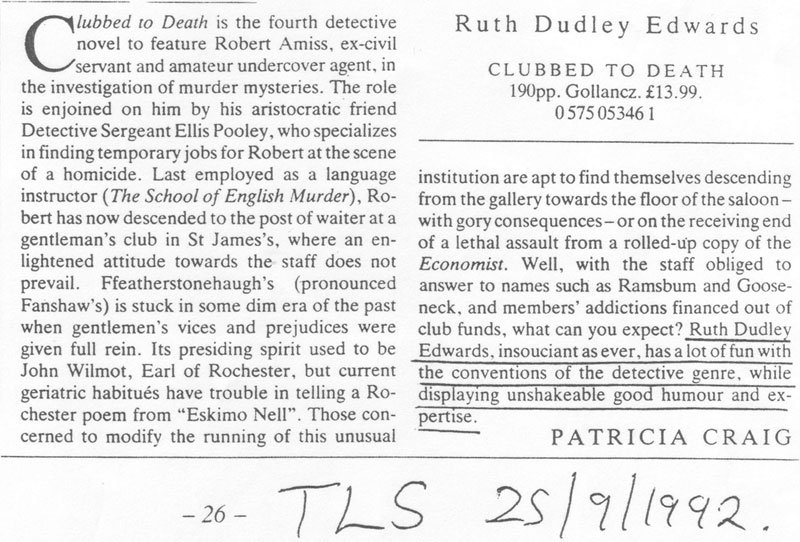 Buy Clubbed to Death on Amazon:

Praise for Clubbed to Death:

Edwards’ accurate portraits of people and mores in English men’s clubs, coupled with her deliciously dry sense of humor, make for a procedural… that is long on entertainment.