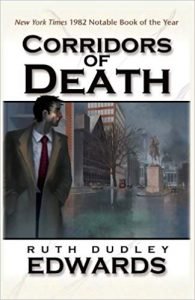 Battered to death with a piece of abstract sculpture titled ‘Reconciliation,’ Whitehall departmental head Sir NIcholas Clark is claimed by his colleagues to have been a fine and respected public servant cut off in his prime. Bewildered by the labyrinthine bureaucracy of Whitehall, Scotland Yar’s Superintendent Jim Milton recongizes a potential ally in Clark’s young Private Secretary, Robert Amiss.

Milton soon learns from Amiss how Whitehall works: that it can be Machiavellian and potentially homicidal, that Sir Nicholas was obnoxious and widely loathed, that he had spent the weeks before his murder upsetting and antagonizing family and associates, and that his last monrning on earth had been spent gleefully observing the success of his plan to embarrass his minister and his department publicly. And they still need to discover who wielded the blund instrument.

This is the first of Ruth Dudley Edwards’ witty, iconoclastic but warm-hearted satires about the British Establishment. 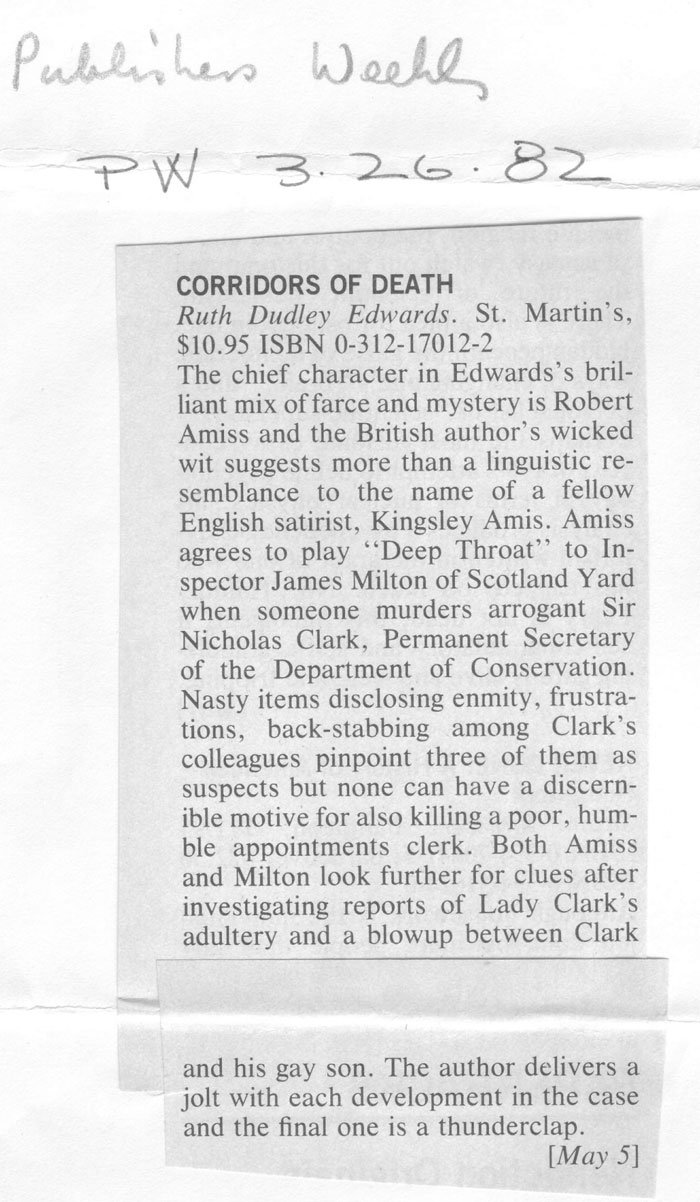 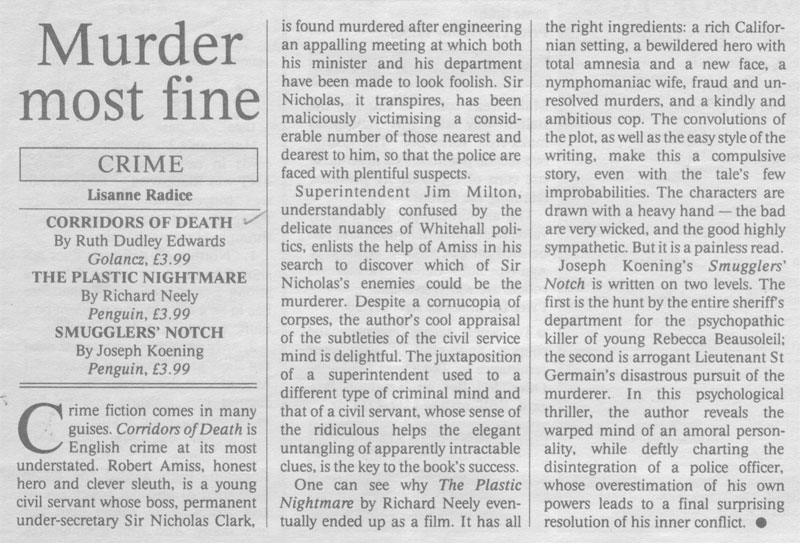 Buy Corridors of Death on Amazon:

Praise for Corridors of Death:

Edwards’s brilliant mix of farce and mystery… delivers a jolt with each development in the case and the final one is a thunderclap.

The plotting and writing are good, and–just as important–the unflattering look at the workings of the British bureaucracy is convincing.