St. Martha’s College, Cambridge, had been staggering along on a shoestring for decades. Then alumna Alice Toon leaves her old school a huge fortune. The dons immediately fall to fighting over the spoils. The Virgins, led by Dame Maid Theodosia Buckbarrow, believe the bequests should be spent on scholarships. The Dykes–fewer in number but better street fighters–want to raise a center for Gender and Ethnic Studies. The Old Women (mostly men) dream of fine vintages to be laid down in a decent new wine cellar. Impasse!

They’ve reckoned without the Bursar, Jack Troutbeck. She elects to inflitrate this maelstrom of politics with her own agent, Robert Amiss, a former civil servant with a talent for sorting things out. No sooner does he arrive on the scene where the Virgins are getting the upper hand than Dame Maud is murdered, leading into what Mike Ripley on The Daily Telegraph described as: “An acidly funny romp… Superbly bitchy on the none-too-fragrant groves of academe”

Published in the UK by HarperCollins in the US by Poisoned Pen Press.

Available on kindle, paperback and hardback on Amazon. 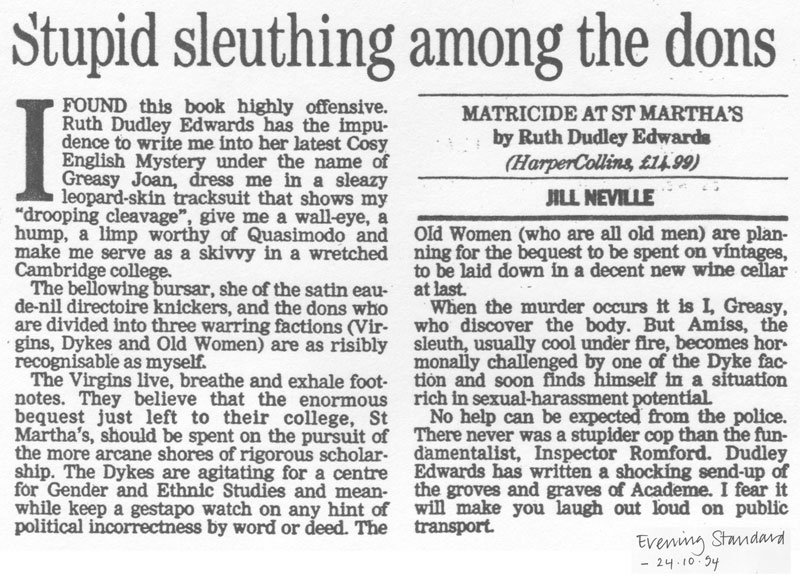 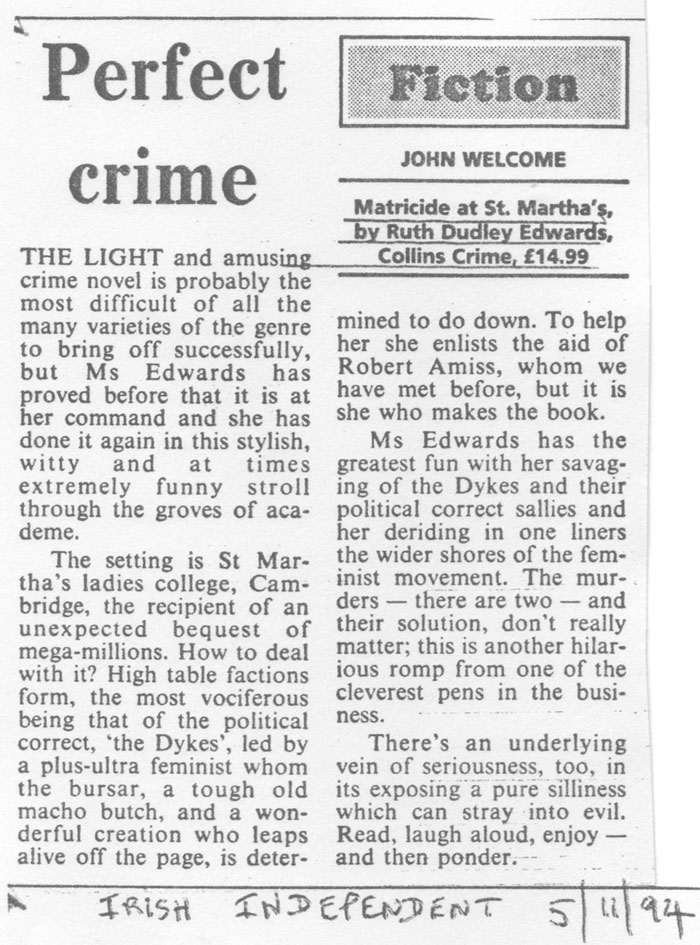 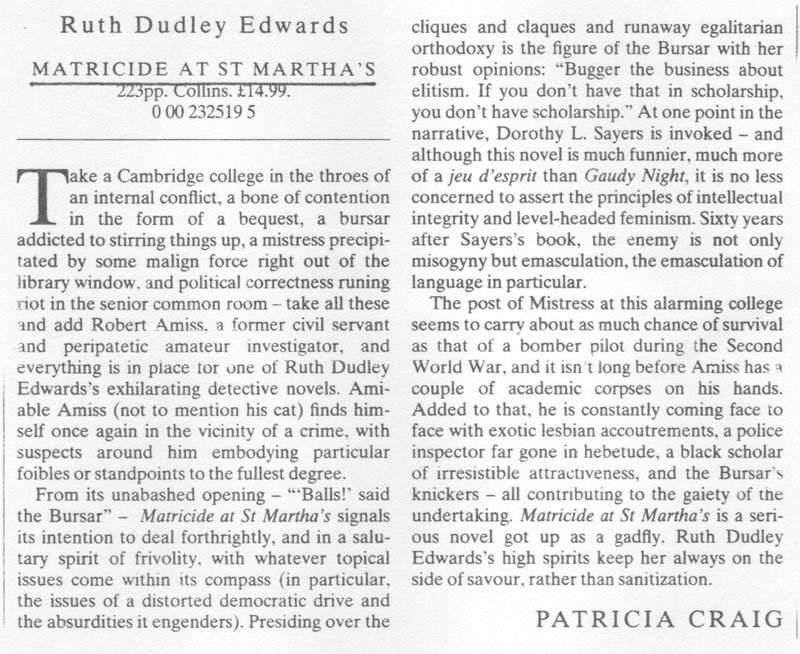 Praise for Matricide at St Martha’s:

The clever plot takes a second place to the ebullience of the writing and spot-on inventiveness of the satire.

Ruth Dudley Edwards, insouciant as ever, has a lot of fun with the conventions of the detective genre.

I fear it will make you laugh out loud on public transport.