Publish and be murdered 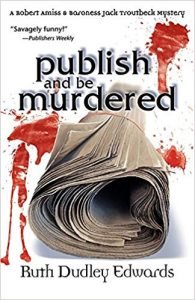 British Satirist Edwards continues to skewer the Establishment with the misadventures of civil servant Robert Amiss and the keen deductions of his sleuthing partner, the irrepressible, irreverent Baroness ‘Jack’ Troutbeck. Edwards, who’s filleted the Foreign Office, clobbered a Cambridge college, jeered at gentlemen in their clubs, and defrocked the clergy in past books, now pulverizes the world of magazine publishing where to uphold tradition runs fatal risks.

Fictionalizing some of her own experiences as a journalist, Edwards creates the revered political rag The Wrangler, then sends in Amiss to sort out a hemorrhaging cash flow, the succession plans of its most noble patron, a takeover bid from a strong-minded Australian woman (who has her eye on Jack), antiquated procedures that will have you rolling on the floor, preservation of a beautiful and historic London town house as company headquarters, and the inevitable little murder.

Amiss, long mired in inertia, is encouraged to break out of the civil service mentality, sort out his own emotional life, and Get On With It.

Truly a lovely, very funny, and provocative book that asks how we can balance what’s worth keeping from our past with where we need to go to survive in the future.

Published in the UK and US by:  Poisoned Pen Press.

Available as a hardback, paperback and audiobook on Amazon. 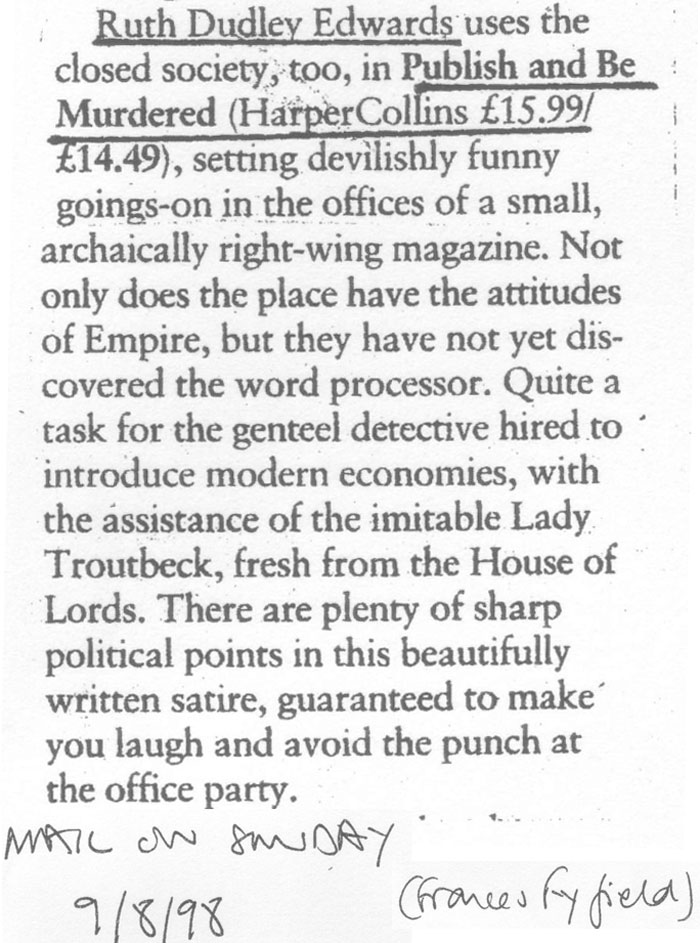 Buy Publish and be murdered on Amazon:

Praise for Publish and be murdered:

Devilishly funny goings-on… There are plenty of sharp political points in this beautifully written satire, guaranteed to make you laugh.

Ruth Dudley Edwards writes farce which is not slap-stick, satire without malice: she is genuinely funny without being silly.