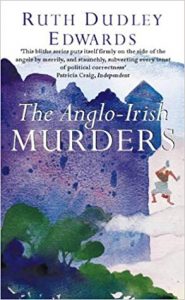 Foolishly, the British and Irish governments have chosen the tactless and impatient Baroness Troutbeck to chair a conference on Anglo-Irish cultural sensitivities. She instantly press-gangs Robert Amiss, her young friend and reluctant accomplice, into becoming conference organizer.

It is a conference to remember in more ways than one.  When a delegate plummets off the battlements, no one, not even the authorities, can decide whether it was by accident or design.  The next death poses the same problem and causes warring factions to accuse each other of murder even as the politicians are busily trying to brush everything under the carpet in the name of peace.

The Anglo-Irish Murders is Ruth’s ninth satirical crime novel: three have been short-listed for awards from the Crime Writers’ Association.

Available as a hardback and paperback on Amazon. 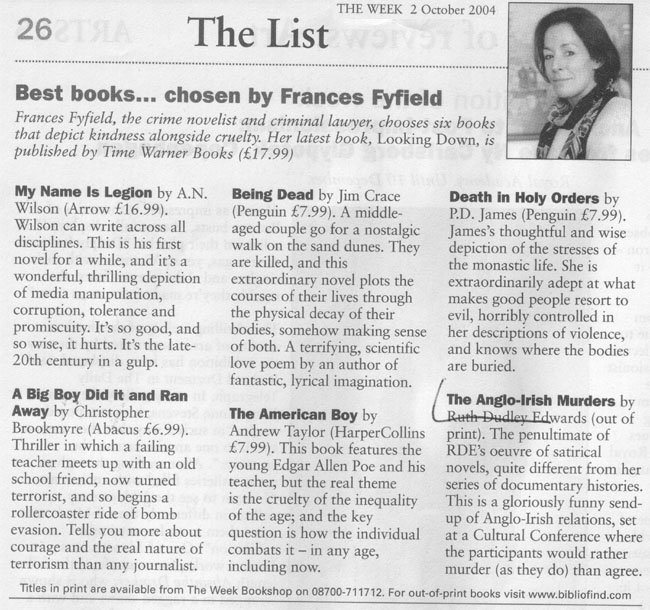 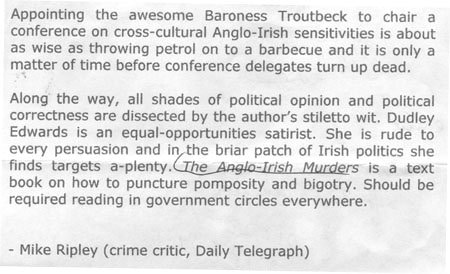 Buy The Anglo-Irish Muders on Amazon:

Praise for The Anglo-Irish Murders:

The Anglo-Irish Murders is a text book on how to puncture pomposity and bigotry. Should be required reading in government circles everywhere.

This is a gloriously funny send-up of Anglo-Irish relations, set at a Cultural Conference where the participants would rather muder (as they do) than agree.