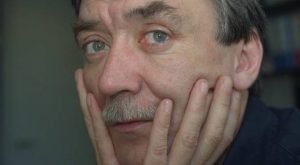 O’Callaghan, John Marian [Seán] (1954–2017), paramilitary and informer, was born on 29 October 1954 at St Catherine’s Hospital, Tralee, co. Kerry, Republic of Ireland, the second of three children of John (Jack Friday) O’Callaghan, stockman, part-time fireman, and IRA veteran, and his quiet, apolitical wife, Ellen, née Murphy, who deplored violence. He was brought up on the Marian Park housing estate—named, like him, in celebration of the Marian year of 1954 commemorating the centenary of the papal proclamation of the immaculate conception of the Virgin Mary—in a small, terraced council house on the outskirts of Tralee.

O’Callaghan’s mother was frequently hospitalized for tuberculosis and before the age of three he was sent to the Sisters of Mercy at Moyderwell Convent. Thereafter he was educated by the Christian Brothers at their primary school at Clounalour and St Mary’s secondary school, where, as he wrote, ‘God and Irish nationalism marched hand-in-hand to a tune shrouded in mystery but which was always clear to the faithful’ (O’Callaghan, 35). Kerry was one of the most pro-IRA counties in the republic, and O’Callaghan’s father, from a bitterly Anglophobic, anti-state, anti-establishment tradition, had been interned with a brother during the Second World War. It was from Mary Ellen, his tough, funny, domineering paternal grandmother, that O’Callaghan inherited his lack of fear of authority: when he was nine she told him that a dead policeman ‘should always be dug up and shot again just to be sure’ (ibid., 23).

O’Callaghan was a rebel by the age of thirteen: athletic, clever, sociable, adventurous, and an omnivorous reader and would-be poet; he was stubborn, reckless, defiant, convinced he was right about everything, and generally argumentative and troublesome in an authoritarian world, rejecting religion as superstition, abandoning Gaelic football for the foreign sport of soccer, rarely attending St Mary’s, or, later, Tralee Technical College, and breaking rules with abandon. His idealism, which became fanatical, was triggered by Che Guevara, the student riots in Paris, anti-Vietnam War protests in Europe, and Mao’s Little Red Book. Revering the socialist revolutionary James Connolly, he veered towards the young Marxist wing of the IRA and argued incessantly with his often angry and sometimes violent father. Like him, he knew nothing of Northern Ireland and had never met a unionist, but after hearing on television the rabid sectarian rhetoric of the Revd Ian Paisley and watching pitched battles between the Royal Ulster Constabulary and civil rights protesters, at fifteen he joined the Provisional IRA to drive out what he saw as the British occupying forces against whom the Catholic and protestant working classes would surely unite.

Aged sixteen, O’Callaghan was training recruits in the handling of firearms and explosives; at seventeen he blew up the garden shed while bomb-making, and since in accordance with IRA practice he refused to recognize the court, he was given six months in grim adult jails in Limerick and Dublin, where he successfully took his school leaving certificate. On his release he reported for duty, in 1973 became a full-time revolutionary, and, after further explosives training in Donegal, set up a new training camp in Kerry where he was depressed by the insularity and sectarianism of young Belfast recruits.

Reassigned to co. Leitrim, O’Callaghan made bombs by day, slept in a piggery by night, and was relieved when transferred across the border to Tyrone and the Mid-Ulster Brigade where he was soon in charge of the 2nd battalion with eight small IRA bombing units targeting security and financial targets. On 2 May 1974 he was the mortarman for an attack on a British army base at Clogher which killed Eva Martin of the Ulster Defence Regiment; on 23 August he shot dead special branch Detective Inspector Peter Flanagan in cold blood. He was surprised afterwards by the clear thought: ‘You’re going to have to pay for this some day’ (O’Callaghan, 109).

Though loving the excitement, O’Callaghan became increasingly unimpressed by his seniors and uneasy about his colleagues’ tribal hatred of their protestant, unionist neighbours, and resigned from the IRA just before his twenty-first birthday. Reading such critics of violent nationalism as Conor Cruise O’Brien during directionless months at home and three years when he was working in England convinced him that he must find a way of atoning through action for what he now recognized as his evil acts. Despite his marriage on 30 June 1978 to Margaret Mullholland, a Scottish Presbyterian (daughter of Charles Docherty Mulholland, manager of a billiard hall), in the spring of 1979 he dissolved his successful London cleaning business and they moved to Kerry.

The murder of Lord Mountbatten in co. Sligo in August 1979 with two children and an elderly woman propelled O’Callaghan to tell a garda special branch officer he would rejoin the IRA as an unpaid agent of the Irish police on his own terms. He was turning ‘against everything I had once believed in. Against friends, relatives, community: all of the things that meant so much to me’ (O’Callaghan, 134). Within weeks he was organizing the Kerry-based training department and a series of armed robberies while passing vital information to his gardaí contact.

Informers are the bêtes noires of Irish nationalism, and the IRA tortured and murdered them, so secrecy was paramount, and from then until December 1985 O’Callaghan lived a life of constant stress, lying to everyone except his contact. With his wife angry that he was back in the IRA, in January 1981, four months after the birth of his son Rory, he left.

O’Callaghan was soon a rising star in the IRA’s southern command (which controlled activity in twenty-one counties and England) recruiting, planning, organizing, and also participating in operations, and during the hunger strikes of 1980 and 1981 simultaneously became a high-profile, Sinn Féin activist while wrecking as many operations as he could without arousing suspicion. Among his major successes were ingeniously, in London, through a media leak, foiling his mission to murder the prince and princess of Wales by planting a bomb timed to go off at a royal gala in July 1983, providing that December information that led to the rescue of a kidnapped businessman, Don Tidey, and in September 1984 enabling the seizure of the Marita Ann, a Boston trawler bearing 7 tons of weapons, during which Martin Ferris, then the officer commanding southern command, was arrested and given a ten-year prison sentence: O’Callaghan was given his job.

O’Callaghan would be haunted by his greatest failure, his inability to convince the gardaí to intervene to stop the murder of low-level informer Sean Corcoran in March 1985, which increased the crushing emotional and mental stress: in June 1985, in addition to being officer commanding southern command, a member of IRA general headquarters staff, and on the Sinn Féin national executive, he became a Sinn Féin councillor. In December, exhausted, and fearing he was under suspicion, he fled Tralee with his partner Lesley and their six-month-old daughter, Tara, spent most of 1986 in the Netherlands being debriefed by MI5 at the request of the Irish police, and then lived an anonymous life in Tunbridge Wells doing ill-paid manual jobs, struggling with writing ambitions, suffering frequently incapacitating back trouble, drinking too much, and destroying his relationship.

On 29 November 1988 O’Callaghan went to Tunbridge Wells police station, confessed to murder, was arrested, and subsequently transferred to Northern Ireland where he spied usefully on IRA prisoners and managed to maintain the pretence to senior republicans that desperation to allay suspicions of him had driven him to give himself up. His intention to give evidence against senior republicans was stymied in the interests of secret peace negotiations. In court in May 1990 he admitted all charges, refused to apologize, and was given two life sentences plus 539 years for forty-four other offences. Highlights of his imprisonment included long periods in solitary confinement, being poisoned by loyalists, three hunger-and-thirst strikes, two almost fatal, going public in 1992 on being an informer, and writing for the press, and forming friendships in person and by phone with prisoners, staff, journalists, security people, anti-terrorist activists, and politicians who included Lord Cranborne, leader of the House of Lords, who helped secure him a royal pardon on 6 December 1996. He refused police protection, gave evidence against IRA leader Thomas (Slab) Murphy in court, and despite being an IRA target he lived openly if secretively in London in accommodation provided by friends, mostly his friend and ally Lord Cranborne, later marquess of Salisbury.

Charming, intelligent, articulate, compelling, convivial, humorous, kind, and curious, and with a passionate interest in politics, poetry, and terrorism, O’Callaghan had a vast and eclectic circle of friends of all ages, classes, creeds, and ethnic backgrounds, wrote a best-selling memoir, and acted informally as an adviser on the IRA to Ulster Unionist leader David Trimble and on security and politics to innumerable journalists and public figures. He was demonized as a fantasist by republicans. The IRA threat kept him exiled from Ireland, and he was shunned as an embarrassment by successive Irish governments despite former taoiseach Garret FitzGerald having written about ‘the debt we all owe to Sean O’Callaghan’s courage and commitment’ (Irish Times, 4 Jan 1997).

Although he was for several years an alcoholic, from which he was rescued in 2013 by Alcoholics Anonymous, O’Callaghan was a mentor and inspiration to the young, helped charities working with vulnerable youths, and tried to compensate for his deficiencies as a father. He wrote in his biography of James Connolly that he had once admired Connolly’s commitment to sacrifice everything and everyone ‘to destroy the forces that produce poverty’, but that now ‘I find it ugly, sad and empty of what it is to be truly human’ (James Connolly: My Search for the Man, the Myth and his Legacy, 2015, 24).

A chain smoker, O’Callaghan had a heart attack on 23 August 2017 while visiting his daughter in Jamaica. As he had wished, his children scattered his ashes on the sea at Blennerville, Tralee, and a memorial service was held on 21 March 2018 in St Martin-in-the–Fields, near where he had lived for years. Lord Salisbury gave the main eulogy to a packed church that included a minister of state from the Home Office, a representative of the Irish government, senior unionists including David Trimble and Arlene Foster, soldiers and police past and present, writers, waiters, and recovering alcoholics. The vicar prayed for O’Callaghan, Peter Flanagan, and Eva Martin.

From The Oxford Dictionary of National Biography